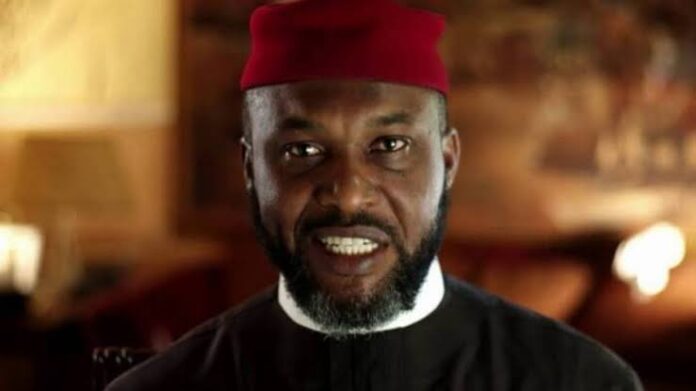 Osita Benjamin Chidoka OFR was born on the 18th July 1971. He was a former Minister of Aviation that served under President Goodluck Jonathan. Before then, he was the Corps Marshall of the Federal Road Safety Corps where he transformed the agency from a stolid, almost comatose organisation to one that won various international awards and became a model for other road safety organizations across Africa.

During his National Youth Service Corps, he served at the Federal Capital Territory where he became an award winner and subsequently secured automatic employment into the Federal Capital Development Authority, Abuja. In the course of his service there, he contributed immensely to national development through his services as the Secretary to the National Committee for the visit of Pope John Paul II to Nigeria in 1998, which earned him Papal Commendation. He also served as a member of the Committee for the Review of the Abuja Master Plan; Team Leader, Committee for the Drafting of the National Policy on Non-motorised Form of Transportation in Nigeria; and was the Assistant Secretary, Committee for the 1999 Military to Civilian Handover, among others.

After a stellar and award-winning public career, Chidoka joined Mobil Producing Nigeria, a subsidiary of Exxon Mobil Corporation, as a Senior Adviser on Government and Business Relations. It was in this role, in 2007, that the then president of Nigeria, President Olusegun Obasanjo, sought him out and appointed him as the Corps Marshal and Chief Executive of the Federal Road Safety Corps, FRSC.

His leadership of the FRSC led to the transformation of the Corps to a functional Lead Agency in Road Traffic Administration and Safety Management in the country driven by information and communication technology. Under his leadership, Federal Road Safety Corps won the prestigious Prince Michael International Road Safety Award in December 2008; the National Productivity Order of Merit Award of the Federal Ministry of Labour and Productivity in October, 2010. Furthermore, FRSC’s compliance with global best practices led to the certification of the Corps by the Standards Organization of Nigeria, SON, which conferred the Quality Management System Certificate (ISO 9001:2008 Certification) on the Corps on 15 April 2013.

In recognition of Osita Chidoka’s enormous contributions to national and community development, he was invested with the traditional title of Ike-Obosi (Strength of Obosi) and a member of Ndi-Ichie, the highest decision making body of Obosi Traditional Council of Anambra State in May, 2009. He bagged the Chartered Institute of Taxation of Nigeria Merit Award on 27 November 2010, and the Institute of Logistics Management of Nigeria Fellowship Award in July, 2011.

He was conferred with the Distinguished Alumnus Award for Good Governance and Model on Road Safety by the Faculty of Social Sciences, University of Nigeria, Nsukka on 12 November, 2011. And in recognition of his patriotic disposition to his fatherland, the President and Commander-In-Chief of the Armed Forces, Federal Republic of Nigeria, Dr. Goodluck Ebele Jonathan, GCFR on 14th November, 2011, conferred him with Nigeria’s National Honour of Officer of the Federal Republic, OFR. He won the Sun and Hallmark Newspapers Public Servant of the Year 2012 awards and under him FRSC won Leadership Newspapers Government Agency of the year 2012 award.

Osita Chidoka (Ike Obosi) is a strong public policy advocate. He has written many articles, essays and delivered speeches in many areas of public policy and safety management. He writes a regular column, “Bridge Builder” for Leadership Newspapers, where he outlines pragmatic ideas for good governance.

He is happily married and blessed with children.