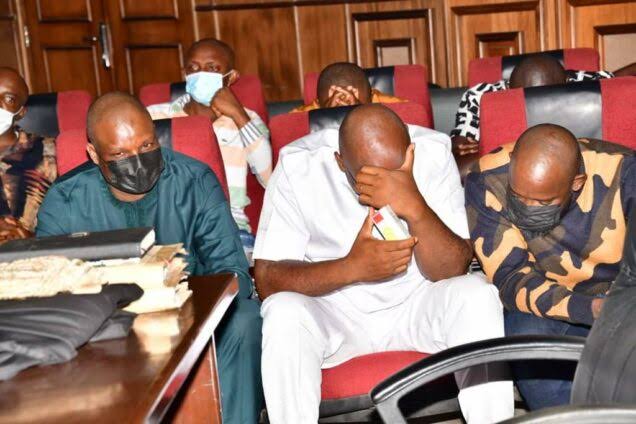 The court, in a judgement that was delivered by trial Justice Emeka Nite, convicted Umeibe and Ezenwanne on counts 5, 6 and 7 of the drug trafficking charge the National Drug Law Enforcement Agency, NDLEA, preferred against them.

It will be recalled that the duo, who were arrested at the Akanu Ibiam International Airport in Enugu while attempting to smuggle cocaine into the country, were on March 7 arraigned before the court alongside DCP Kyari and four other police officers- ACP Sunday J. Ubia, Insp. Simon Agirigba, Insp. John Nuhu, and ASP Bawa James.