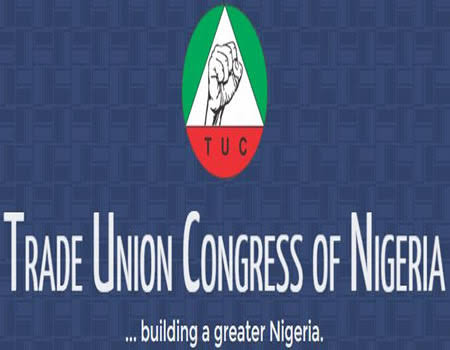 The Trade Union Congress of Nigeria (TUC) has urged the Federal government to take an important step towards a world of work free from violence & harassment by rectifying the ILO convention 190 (C190).

The Congress with support from the Solidarity Centre during a virtual meeting on Thursday said it will review existing strategies to pressure the government to domesticate the ILO convention 190 (C190).

Nigerian Pilot reports that 18 countries have ratified the C190 one year since ILO Convention 190 on violence & harassment came into force and 3 years since adoption.

TUC women Commission chairperson, Comrade Hafsat Shuaibu in her opening remarks, said gender-based violence continues to be a major challenge in work places in Nigeria, with its attendant effect on workers.

She said there was need to put more pressure on relevant government institutions for accelerated ratification of the C190.

Hafsat said the TUC will expand the scope of research already carried out by the Nigeria Labour Congress (NLC) to include PWDS and how GBVH affects them in the world of work.

She said, “TUC women commission in conjunction with the solidarity centre, NLC and the relevant stakeholders will now build on this initial research by expanding the scope of studies to include some workers that were not originally captured.

“Please be informed that people living with disabilities were not captured in this research work, it is for this reason that TUC Women Commission has come up in partnership with the solidarity centre to see that this group of persons are not left out.

“We hope that once this research report is further improved upon, without doubt it will continue to serve as a veritable tool for women workers and our allies across the country in our pursuit for total elimination of gender based violence and harassment in the world of work in Nigeria.”

According to her, it is evident that the C190 protects workers and other persons in the world of work, including employees as defined by the national law and practice, as well as persons working irrespective of their contractual status, persons in training, including interns and apprentices, workers whose employment has been terminated, volunteers, jobseekers and job applicants, and individuals exercising the authority, duties, or responsibilities of an employer.

He called on organised labour and other partners to engage more with lawmakers and cabinet members to ensure speedy domestication of the C190.

Comrade Upah called for more advocacy to enlighten workers and union leaders on how to report GBVH and also protect victims of GBVH.

She said violence and harassment at work is still widely tolerated, saying that C190 is an opportunity for real change.

She highlighted that violence and harassment impacts people’s health, dignity and wellbeing.

According to her, violence and harassment disproportionately affect women, explaining that C190 takes a gender approach which tackles the underlying inequalities that cause GBVH.

She also said in the post Covid-19 pandemic world with increasing insecurity, C190 is a powerful tool to protect everyone from violence and harassment.