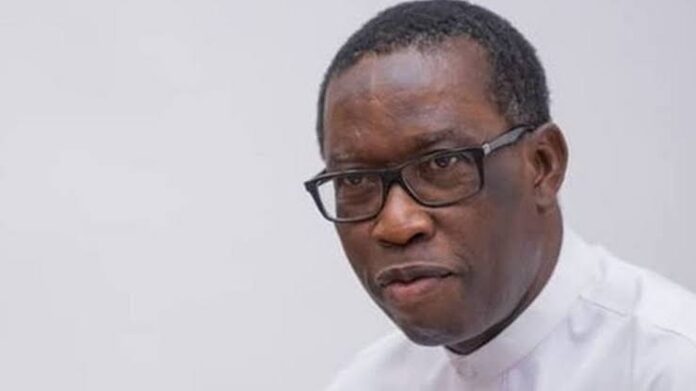 In a bid to ascertain the cause and health implications of the suspected outbreak of seizure among some students of Mary Mount College, Agbor, the Delta State Basic and Secondary Education has taken holistic approach towards unraveling the circumstances that led to the strange ailment.

The Catholic Dioceses shut down the school as part of measures to ensure that the suspected outbreak of seizure did not escalate in the school.

Nigerian Pilot gathered from Sister Kauna Yakubu Ola of Mary Mount College, Agbor and the School Secretary, Mrs. Rita Ofuasia that the school had informed the parents of the children immediately they observed the strange sickness of their children.

Speaking further, Sister Kauna Yakubu Ola informed the Permanent Secretary and officials of Ministry of Health that one of the affected students had died few weeks after her parents took her to hospital for treatment, adding that they showed signs of the strange ailment through jerking.

She said that four students out of the 10 were taken to St. John’s Hospital, Agbor while the parents of remaining six students took their children to hospitals of their choice.

She hinted that there was a gas plant close to the school and that the management of the school had long ago told the owner of the plant to evacuate from the place for the sake of health of the people within the Emuji.

Earlier in an emergency meeting held in the Ministry of Basic and Secondary Education on the outbreak of seizure in the school, the Permanent Secretary in the Ministry, Mr. Augustine Oghoro said that the state government was irrevocably committed to ensuring that every learning environment was healthy for children and teachers.

Mr. Oghoro stated that the Ministry in collaboration with the Ministry of Health considered it necessary to interface with the management of Mary Mount College with a view to evaluating the health implications of the sickness.

He said that the meeting was also aimed to get first-hand information from the management of Mary Mount College on the symptoms of the sickness which the affected students exhibited.

He added that it would enable the state epidemiologist examine what the ailment could be and the best approach to dealing with it.

He urged the representatives of Mary Mount College at the meeting to furnish the Committee on the emergence of the outbreak of the ailment with the details of the students.

According to him, it will include the names of their parents and contacts so that they could be reached to know what the likely observations they noticed in their children.

Oghoro, however, urged the emergency Committee comprising a representative of the Ministry of Basic and Secondary Education, officials of the Ministry of Health and the management of Mary Mount College to visit the school, the Gas Plant as well as visit and interact with the parents of the affected students.