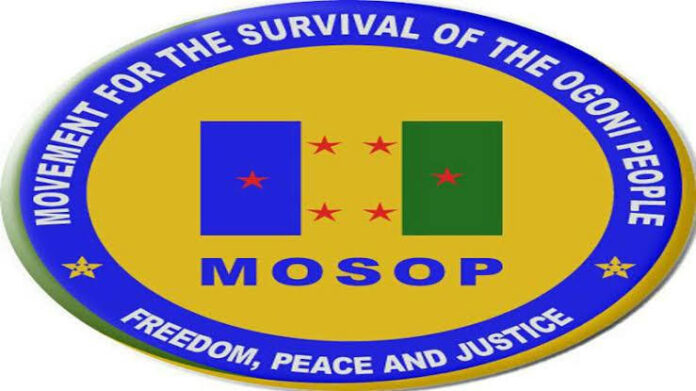 Movement for the Survival of the Ogoni People (MOSOP) has again called on the Federal Government FG, to facilitate the resolution of the Ogoni crises and take appropriate steps to clear the names of the nine Ogonis murdered by General Sanni Abacha on November 10, 1995.

President of MOSOP, Fegalo Nsuke made the call at the weekend, in Ebubu, Eleme local government area, where he met affiliates of MOSOP including women and youths.

Nsuke said. “It is the responsibility of the Nigerian leadership to address problems, and not escalate them, noting that the 1995 hangings still hurt, because it was grossly unjust, explaining the Ogoni people cannot abandon those men, whose innocence have been well established. Besides, we really cannot celebrate any progress in Ogoni for as long as the injustices done to these men are not addressed by the government.”

“It will be difficult to celebrate any Ogoni victories for our struggle, for as long as Saro-Wiwa”s innocence, along with eight others, who were murdered with him by the Nigerian state on November 10, 1995, are not legally addressed, to have them cleared and exonerated, because they were innocent and committed no crime”. Nsuke said.

He further noted that exonerating the Ogoni nine will only build goodwill for the authorities and bring some sort of healing especially for their families who still feel a deep sense of injustice for the 1995 executions.

Nsuke, who described the hangings as barbaric, remarked that Nigeria cannot run away from the errors of the hanging and it will only be appropriate to address these issues frankly.