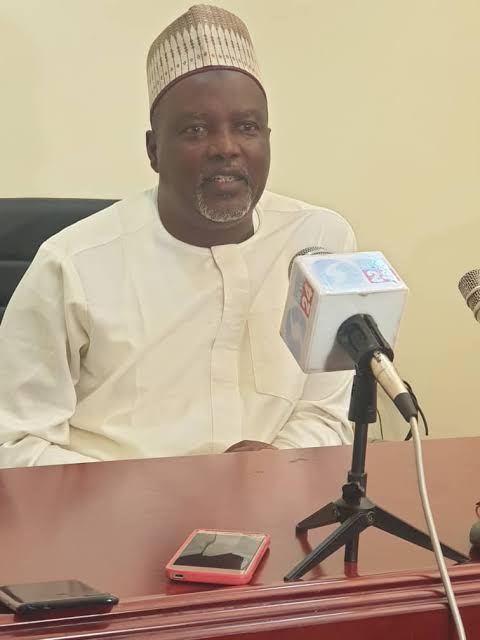 Deputy Speaker of the House of Representatives, Hon Idris Wase has lamented the high level of insecurity in Wase Federal Constituency of Plateau State stressing that the government is doing everything possible to tackle it .

The Federal legislator also said the activities of mining have worsened the level of insecurity in Wase local government council of the state.

“Wherever there are mining activities, there are always acts of criminality because of the movement of drugs. Mining in Wase local government started in the 1950’s,” he further added.

Our correspondent reports that communities in Wase local government council of Plateau state have come under attacks by bandits in the past few months leading to the death of several villagers .

Addressing newsmen at his residence in Jos on Sunday Idris who is the member representing Wase Federal constituency in the House of Representatives further said that the Federal Government is committed to tackling the security challenges occasioned by banditry and insurgency across the country.

In his words,” The role of government is to protect lives and properties; we shall continue to do our best to ensure that this insecurity in my zone is tackled.”

Wase who lamented the acts of illegal mining in his Constituency stressed that the insecurity did not start in one day.

Our correspondent reports that the Federal Government had recently proposed a ban on mining activities across the country as a way to curb the deteriorating insecurity situation.

The proposed ban was part of resolutions by the National Security Council during its meeting recently.

He added that “We should learn from Zamfara, citizens of our communities should learn to give information to security operatives. Most of these criminals stay within our communities, as much as some security agencies are conniving with bandits to sabotage the effort of the government to tackle insecurity.”

“We must work to tackle criminal elements in our communities. The government is taking serious measures ,we would not allow our people to be attacked and killed on a daily basis ,as Deputy speaker of the House of Representatives I am working with the Federal government and other relevant agencies to tackle insecurity in our zone”, he said.

Speaking on the outcome of the All Progressives Congress primaries in the state ,Hon Idris Maje said he believes the APC in the state would come out stronger .

“We are exploring avenues to unite our members, the party primaries are over ,winners have emerged ,by God’s grace the party would not break , we would work and unite all our members ,” he further added .