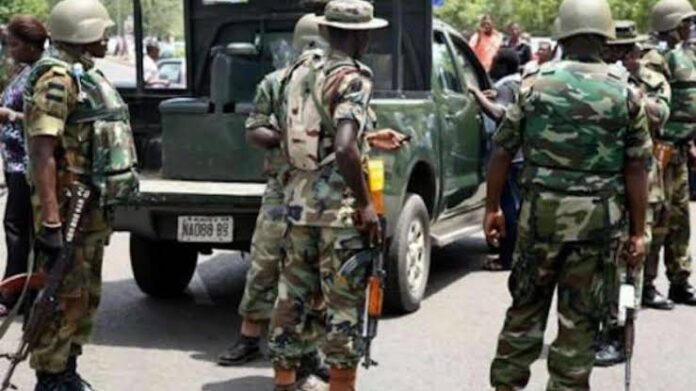 The Director, Defence Media Operations, Maj.-Gen. Bernard Onyeuko, made this known at the Bi-Weekly news conference on military operations in the country on Thursday in Abuja.

Onyeuko also said that a total of 2,016 suspected terrorists and their families comprising of 360 adult males, 580 adult females and 1,076 children surrendered to troops at various locations within the past two weeks.

He added that four women with children including two of the abducted Chibok School girls were rescued by the troops at Aulari in Borno.

According to him, the two women were confirmed to be Chibok girls named Hanatu Musa and Kauna Sarah Luka, whose serial numbers were seven and 38 on the list of missing Chibok girls released by the authorities.

“On July 16, troops came in contact with terrorists along Kwang – Kilakasa road, Monguno, Gajiran, engaged the terrorist in a fire battle and neutralised 20 of the insurgents.

“All rescued civilians and recovered items were handed over to relevant authority, while surrendered Boko Haram terrorists and their families were profiled and handed over to the appropriate agencies for further action,” Onyeuko said. (NAN)