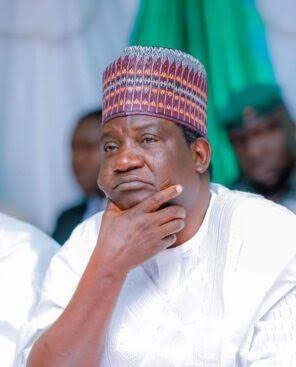 Some Christians from the north have kicked against the reported appointment of Governor Simon Lalong of Plateau State, ex-Edo State Governor, Adams Oshiomhole and Minister of State Labour, Festus Keyamo into the presidential campaign team of the All Progressives Congress.

Lalong, Oshiomhole, Keyamo and other renowned Christians are alleged to be top of Bola Tinubu’s campaign team.

But the Northern Christian Revivalist Movement (NCRM) has threatened to command the wrath of God on Governor Lalong and others for “betraying the body of Christ”.

In a statement signed by its President, Amos Abah, the NCRM said Lalong is an enemy of believers who appears to have sold his birthright for bread and pottage of lentils.

According to Abah, the choice of a Muslim as Tinubu’s running mate already means a declaration of war against Christians and God has promised to punish any believer who associates with the “infidels”.

Quoting from Romans 1 vs 18, he said “For the wrath of God is revealed from heaven against all ungodliness and unrighteousness of men, who by their unrighteousness suppress the truth”.

He added, “The Lord is a jealous and avenging God; the Lord is avenging and wrathful; the Lord takes vengeance on his adversaries and keeps wrath for his enemies.

“The Lord is slow to anger and great in power, and the Lord will by no means clear the guilty. His way is in whirlwind and storm, and the clouds are the dust of his feet.

“He rebukes the sea and makes it dry; he dries up all the rivers; Bashan and Carmel wither; the bloom of Lebanon withers. The mountains quake before him; the hills melt; the earth heaves before him, the world and all who dwell in it.

“Who can stand before his indignation? Who can endure the heat of his anger? His wrath is poured out like fire, and the rocks are broken into pieces by him,” Abah said about Nahum 1 vs 2-6.

The Northern Christians, however,advised Lalong and others that it is still early to avert God’s wrath.

He said they must publicly denounce the APC presidential candidate to save themselves and their families from impending calamity.

Failure to do so, Abah revealed that it will be a fight between darkness and light, adding the latter will always prevail.