HomeSpecial ReportTechnical Advancements in the Mining Sector: Exploring the Trends for “The...
Special Report 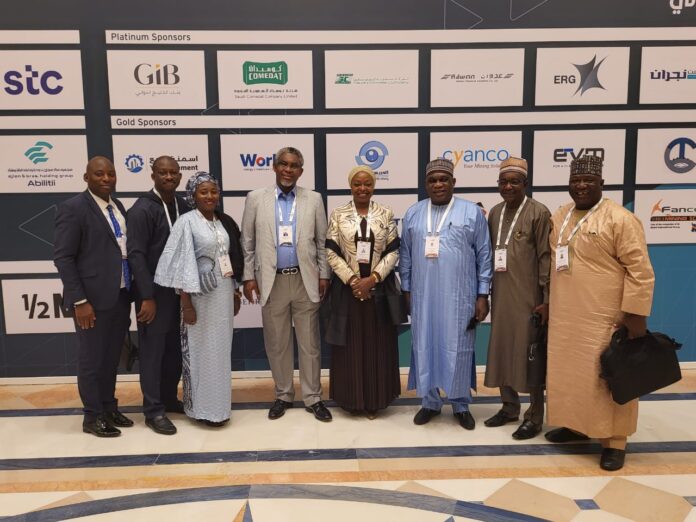 “The Future of Mining” is an Un-mined Mystery. You could disagree; however, you may also end up – like the others who have laid claims of knowledge on the subject – merely speculating.

The Ministry of Mines and Steel Development is awake to the realities of the fact that there are trends with almost distinct inclinations, which will definitely influence the future of mining globally. However, how will these trends influence the Sector, its Players, her Regulators and Drivers, in time? That is where the juice of the matter lies. Yet, what is the content of the discourse?

Big institutions and influential mining corporations have argued: that –

iii. Will have to deal with – industry-specific issues related to regulation, geopolitical risk, legal limits on natural resource use, shareholder activism and public scrutiny which have created additional challenges (World Economic Forum); and so on, and so forth.

The idea that makes super-sense is that there are several mining-concepts that address various issues for the future of mining. These minconcepts are sustained by factors identified from current trends of “discussions, activities and discoveries” within the sector, globally. For example, there is arguably a minconcept that for the future of mining, the “mining-industry” can be transformed into a “Climate-Smart industry”.

Hence, there are major-trends that are driving this minconcept of “Climate-Smart Mining”, such as: “electrification”, i.e., advancing the shift from diesel to electric equipment and vehicles; “digitalization”, i.e., advancing towards computerized and more accurate readings and projections for increased productivity and more sustainable use of resources while lowering input cost; and the third major-trend that is driving this minconcept of “Climate-Smart Mining” is “automation”, i.e., advancing towards the implementation of automated technologies, techniques, and processes that would improve the efficiency, reliability, and velocity of many tasks that were previously performed by humans in the mines. 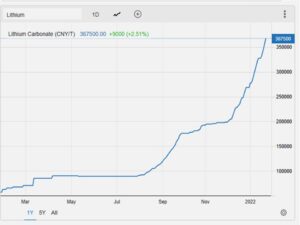 These misconcepts no doubt, are brilliant. However, how will the mining destinations where these technical advancements are yet in their incubators, play a part in these global transformations?

The answer lies in where the brilliant Honourable Minister for the Ministry Mines and Steel Development in Nigeria – Arc. Olamilekan Adegbite – is driving the mining sector, as regards wooing international and local investors to approach the Ministry and get support to mine our future minerals.

The brilliance of the Honourable Minister is so highlighted, because, in order for most of these major-trends that are driving the global transformations to survive, and for the actualization of these massive concepts, certain demands will have to be met. Demands such as reliable “batteries and hardware” that will be used in the production of “apps, equipment, tools, and machines” for the realization of “electrification, digitalization, and automation”, amongst other trends in the mining sector.

Recently the Minister, accompanied by the Permanent Secretary Dr. Oluwatoyin Akinlade and other heads of Departments / Agencies of the Ministry registered the presence of the nation at the Future Minerals Summit – 11th to 13th January, 2022 at Riyadh, to begin the new year. Today, the world has been educated that Nigeria has the potential of becoming a Mining Destination with the capacity of offering Future Minerals to the global Mining Industry. Minerals such as Cobalt, Nickel, and Lithium Ores, and based on the geology of Nigeria, Lithium ores can found in Cross River, Ekiti, Kogi, Kwara, Oyo, and Plateau States – virgin fields, waiting to be explored by serious minded investors.

Exploring the trends that will retain metallic and carbonate miners as players in the “future of mining”, would definitely include the exploration, exploitation and application of these future minerals, and the prospects are boundless. Think about this!: Historically, Lithium reached an all time high this January, 2022. In China, Lithium carbonate prices rose to 367,500 Yuan/tonne which was about $58,138.61/tonne, or approximately N24,146,127.51/tonne, and that was recorded precisely on the 25th of January, 2022. The spike is understandable, as the Future Minerals Summit in Riyadh may have triggered the surge for dealers to take their stands in the market place due to the high global demands, and not to mention, the difficulty of securing supplies.

Currently though, according to recent statistics it is now obvious that prices have surged to over 25% this year, perhaps due the “increase in demand” from lithium battery manufacturers, especially for electric vehicles.

Following the trends, it is also apparent that global electric vehicle sales have increased to 160% since January 2021. In Asia, where deliveries are in highest demands, electric vehicles which were over 2 million sales in 2021, are hitherto expected to double before the end of 2022 to over 5 million sales.

Consequently, battery manufacturers are not just racing to the market place, but to secure long-term supply contracts because as stated above the difficulty in supplying the minerals remains an issue.

On the flipside, though, there are significant environmental concerns associated with mining that would attract future technical dialogues.

This angle have been slightly highlighted, because, following the trends we saw that some months ago – precisely on the 20th of January – the Serbian Government revoked the exploration licenses that were issued to the mining giant Rio Tinto, following an extensive protest that arose from environmental concerns. But that’s a drop of blood, in an ocean of opportunities.

So finally, if you are following the trends with us, you would have seen that there is no better time for “the would be players” in the “future of mining”, to begin their drive towards investing in – the ‘exploration’, ‘exploitation’, ‘beneficiation’, or ‘marketing’ – the Minerals of the Future. The opportunities are absolutely limitless!