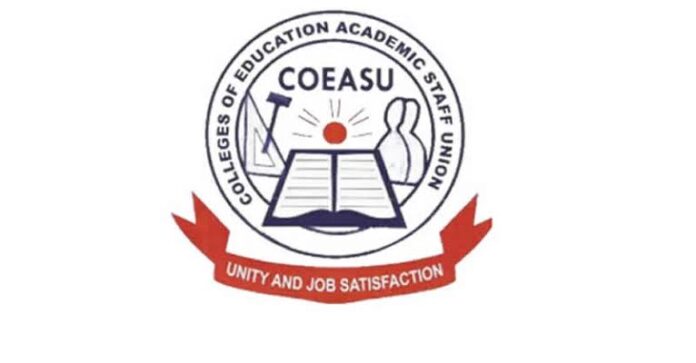 Academic activities are set to resume in Colleges of Education across the country following the decision of lecturers under the umbrella of Colleges Of Education Academic Staff Union (COEASU) to suspend their nationwide strike action.

The lecturers had on June 10, 2022, declared a nationwide strike over the failure of government to meet their demands.

The suspension notice was contained in a communiqué at the end of the Union’s National Executive Council (NEC) meeting held in Abuja.

The communiqué signed by COEASU President Dr. Smart Olugbeko and General Secretary, Dr. Ahmed Lawan Bazza, noted that the decision to suspend the strike followed significant improvement that has been achieved on the issues which informed the national strike action.

It reads in part: “NEC noted with cautious satisfaction that significant improvement has been achieved on the issues which informed the roll-over of the national strike action, as follows:

“The Federal Government has yielded to the Union’s demand for the constitution of a committee of critical stakeholders including but not limited to representatives of the Union, to, among others, draw modalities for the disbursement of the revitalization fund of fifteen billion Naira (N15b) only to COEs without further delay.

“Renegotiation of COEASU-FGN 2010 Agreement, on which the government has been dilly-dallying over time eventually commenced, and the Union is satisfied by the progress made so far.

“The commendable actions of some State Governments namely Imo, Kwara, Osun, and Oyo States towards the resolution of lingering issues in their respective colleges of education while meaningful talks are ongoing on others with outstanding issues, notwithstanding the need for pressure on a few recalcitrant ones.”

The communiqués noted further that, “While appreciating critical stakeholders for their intervention and dogged commitment to the resolution of the issues, as evident in the enormous progress made at the ongoing renegotiation and the appreciable level of progress made towards the amendment of the Colleges of Education Establishment Act, which is paramount for the development of the COE system, NEC resolved that the nationwide strike action started on 10th June 2022 be suspended for a Cool-off-period of 60 days to give the government the opportunity to perfect the progress made so far into tangible achievements that are acceptable to the Union after which the NEC shall reconvene to re-assess the status of the issues and decide the way forward.”