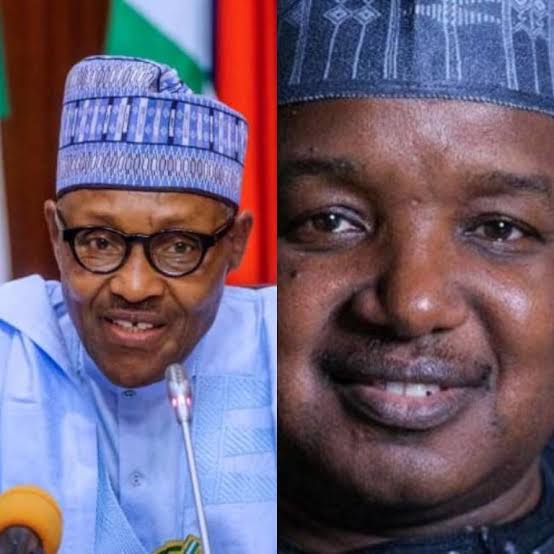 With barely eight months to the end of the second tenure of President Muhammadu Bihari’s second term in office and dive months to the 2023 general election, Nigerians are already taking note of the legacy he will likely leave behind.

Since Buhari came into office in 2015 his administration has focused on three major issues: economy, security and anti corruption. While Nigerians have given him red card in the three key areas, it is still a surprise that Buhari failed to tackle corruption and is believed to be sharing same bed with public officials suspected to be corrupt. This probably explains why former National Chairman of the APC, Adams Oshiomhole said at a point that once anyone joins the APC all his sins are forgiven.

A classical case in point is that of Governor Atiku Bagudu of Kebbi state who was reported to hàve aides late dictator, General Dani Abacha to launcher over $515bn.

Document from the United Kingdom sighted by our correspondent shows that the APC governor was one of the major conduit pipe that late military dictator used is looting the Nigerian treasury during his regime.

The certified documents shows that Governor Bagudu has been on the run from the United Kingdom government since 2003 when the government of Jersy, Channel Islands, a vassal state of UK, “duly and legally charged” him on five count charge of criminal offences.

Facts are beginning to emerge that the romance between President Buhari and the fugitive APC governor is one of the reasons why the British government is lukewarm in supporting the anti-corruption war of President Buhari despite several pleas from the Nigerian government.

In a letter of request for arrest and extradition of Bagudu written by the Jersy Island Attorney General, William Bailhache, on 11th April, 2003 to Declan Chandler of Home Office Judicial Co-operation Unit, 50, Queen Anne’s Gate, London, the AG said they believe Bgdudu must have relocated to his house at 12819 Elbridge Place Drive, Houston, Texas, United States to evade justice.

Bagudu was said to have opened several bank accounts with Deutsche Morgan Greenfell Bank where funds stolen from Nigeria were lodged, but falsely claimed that the huge funds were proceeds from his legitimate private businesses in oil and trading.

The summary of the five count charge against Bagudu are:

2.Obtaining services by false pretenses, contrary to the customary law of Jersey

5.Obtaining services by false pretenses, contrary to the customary law of Jersy, between 1st November 1998 and 16th December, 1998.

Based on this request the British embassy in Washington wrote to the United States Department of state to make formal request with reference number 34/03 dated April 11, 2003 for the extradition of Bagudu to its territory to face trial.

To facilitate Bagudu’s extradition to the UK territory, the United States District Court for the District of Columbia on May 7, 2003 issued warrant for arrest him and on May 22, 2003 he was finally nabbed on the streets of Houston, Texas by two officers.
He was consequently detained for about sixty days while a court proceeding was on to facilitate his extradition.

In the Matter of the Extradiction of Abubakar Atiku Bagudu, at the United States District Court for the Southern District of Texas, Houston Division, Assistant United States Attorney, Jeanne M. Hauch deposed a “Complaint in support of the provisional arrest and extradition” of Bagudu and described him as a fugitive whose offence carry maximum penalty of life imprisonment.

The affidavit gave details of how Bagudu facilitated the lodgment of funds allegedly removed from the Nigeria to the foreign accounts.
Another US Assistant Attorney, Noelle Dimarco, also swore a Complaint affidavit where she details of how over $515 USD was siphoned from Central Bank of Nigeria to the foreign accounts.
Attorney Dimarco also added in the affidavit that “In this matter the fugitive poses a risk of flight if he becomes aware his extradition is sought. He is believed to possess more than one passport and to control between $1 and $3 billion, and he is able to travel on short notice. Finally, it is suspected that he could depart the United States for Nigeria in the near future, putting him beyond the reach of Jersey law enforcement officials.”

However, despite the objections of the Attorney, Bagudu was granted bail on the condition that he will be travelling to Nigeria to refund some money to the Nigerian government with a promise to return to the British vassal state for trial.
He got temporary reprieve on November 19, 2003 when his wife, Aisha A. Bagudu signed his bail bond of $500, 000 cash.
Part of the bail conditions is that he will present himself to the appropriate Nigerian authorities within 14 days of his release, while Jersey, through the United Kingdom, will refer its charges and documentations to Nigeria.
On his return to Nigeria, Bagudu actually refunded to the Central Bank of Nigeria through the office of the National Security Adviser the sum of $604, 743, 187.19 (USD), £60, 090, 984. 93 pounds and additional £5.25 pounds. The then CBN Director of Foreign Operations, Mr. M. R Rasheed acknowledged the refunds in a letter to Bagudu routed through the NSA.

The United Kingdom authorities were compelled to declare the Kebbi state governor a fugitive as the governor has continued to stay away from Jersey, Channel Island, where his money laundering case is still pending.

According to our investigation, the British government is not comfortable with the Buhari administration for shielding Governor Bagudu from justice despite his much touted anti-corruption war.