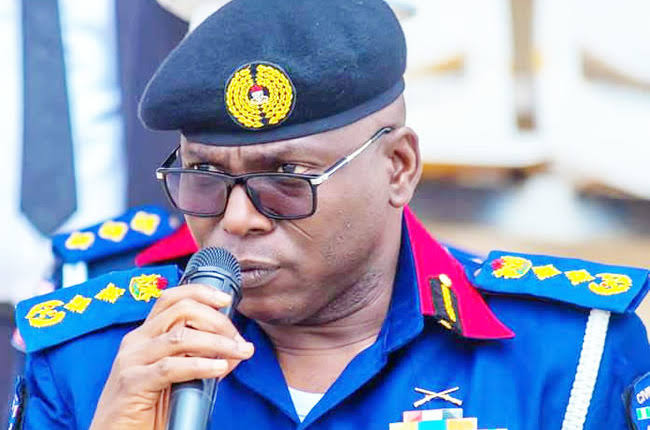 Commandant General of the Nigeria Security and Civil Defence Corps, NSCDC, Ahmed Abubakar Audi, PhD, mni, has called on Nigerians in all spheres to embrace, uphold and promote peace to enhance growth and development of the Nation.

Audi gave this charge in his commemorative message for this year’s International Day of Peace with the theme: “End racism, Build peace,” by the United Nations, where member states were enjoined to mark the day with the aim of strengthening the ideals of peace globally.

He emphasised that the Nation can only progress politically, socially and economically when all citizens and leaders in various capacities exihibits tendencies that will promote peace, unity, equity and justice in all facets of human endeavour.

He warned that Nigeria was heterogeneous and the most populated country in Africa, therefore, citizens must endeavour to live in peace and avoid acts capable of dividing the country or causing disaffection among various ethnic, religious or political groups.

The CG stressed that embracing negative vices like tribal or ethnic discrimination, religious and political intolerance was inimical and detrimental to the stability and growth of the nation.

He also warned against indulgence in criminal acts such as willful destruction of Critical National Assets and Infrastructure, ethnic agitations, religious bigotry, banditry, kidnapping, armed robbery and terrorism that promotes insecurity in the country.

The NSCDC helmsman stated that the Corps was determined and committed to peace and security of the country through implementation of its statutory mandate.

He reiterated that conflicts should be avoided as much as possible because of its effects which include deaths, injuries, population displacement, destruction of assets and disruption of social and economic systems.

He advised on the use of Alternative Dispute Resolution, ADR, to resolve various disputes emanating from our day to day activities and interactions.

He noted that all efforts of the Corps and other security agencies to enforce law and order will amount to nothing if the public whom the agencies were established to serve fail to imbibe peaceful conducts in their daily life.

He advised citizens to approach the Peace and Conflict Resolution Unit of the Corps in all its formations nationwide to help resolve crisis and conflicts through the ADR.

Consequent upon the United Nation’s declaration of 21st September of every year as International Day of Peace also known as World Peace Day, the CG directed all state commands through the Peace and Conflicts Resolution Unit, to mark the global event significantly by organising programmes to sensitise members of the public on the importance of peace as a panacea for development.