Nigerian troops nab foreign national, 4 others with cocaine worth $278m in Lagos 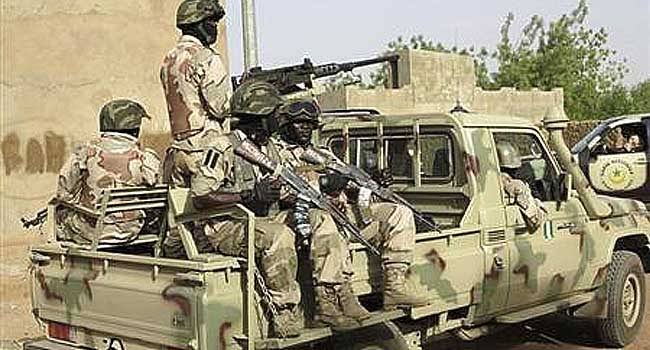 Nigerian troops in conjunction with operatives of the National Drug Law Enforcement Agency, NDLEA have arrested four suspected drug barons and a foreign national with 1,855kg of cocaine valued at $278,250,000, an equivalent of about N185bn.

Director of Defence Media Operations, Maj. Gen Musa Danmadami disclosed this on Thursday while briefing newsmen at the Defence Headquarters in Abuja.

He informed that the raid of the suspected drug barons was conducted on September 18 at their residence at Solebo Estate, Ipakodo in Ikorodu Local Government Area of Lagos State.

“During the operation troops arrested 4 suspected drug barons and a foreign national with 1,855kg of substance, suspected to be cocaine worth about Two Hundred and Seventy Eight Million Dollars ($278,250,000.00) equivalent of about N184,700,000,000.00 Cumulatively, within the weeks in focus, troops recovered 1,953 bags of 50kg foreign rice, 212 jerrycans of 30 litres of Premium Motor Spirit, 2 vehicles, 2 wooden boats and 1 motorcycle as well as arrested 3 suspected smugglers,” he informed.