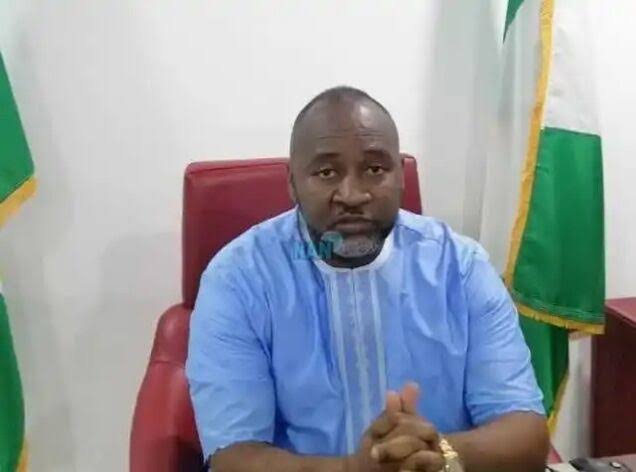 Immediate past Chairman of the African Democratic Congress, ADC, was publicly disgraced today during the first signing of the National Peace Accord held at International Conference Center, Abuja, when Kachikwu the presidential candidate of same Party distanced himself from him telling him to his face that he was no longer the chairman of the party and as such had no business signing the peace accord on behalf of the party.

At that point the Chairman of the Board of Trustees and Interim Caretaker Chairman signed on behalf of the party.

Members of the audience were surprised when they saw the former chairman who claimed to have expelled the party’s presidential candidate struggling to stand next to him and take photos with him as Kachikwu ignored him.

You will recall that Nwosu had said the party didn’t have a Presidential candidate hence his presence at a Presidential peace signing accord was curious.