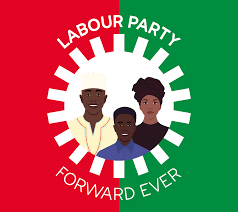 National Chairman of Labour Party, Barrister Julius Abure, has stated that the party will not waste time to declare a state of emergency on the education sector if the party wins the 2023 presidential election.

Barr. Abure stated this following the strike embarked upon by the Academic Staff Union of University, ASUU, which has left learning activities in the nation’s tertiary institutions paralyzed for the past seven months.

According to a statement he personally signed, Abure maintained that declaring a state of emergency will ultimately end the incessant disruption to the academic calendar, which has a situation where students spend six years for a four year course.

Barr. Abure used the medium to inform the numerous supporters and members of labour party across the nation, that the party was yet to commence its political campaigns for 2023 elections.

He said the “Labour Party will officially open its campaigns in a few days from now and the world will be formally notified. It will also formally unveil a list of leaders and members of the party that will formally the campaign council.”

Abure noted that the solidarity rally attended by the party’s presidential candidate, Peter Obi and his running mate Dr. Baba Datti-Ahmed, in Jos, the Plateau State capital on Wednesday was just a prelude to the campaigns that will soon kickoff.

He added that the hugely attended rally was in honour of an invitation from the Middle Belt forum to attend her solidarity rally in Jos, adding that the rally “brought party faithful and supporters alike from all the states from the Middle Belt to welcome the rave of the moment, our candidate, and have assured him that the entire zone will stand with him.”

“Incidentally, the rally which is coming weeks after over 3 million supporters of the party converged on Jos in a solidarity rally to urge His Excellency, Peter Obi to led them to the 2023 general election, fell on the first day of the commencement of the campaigns for the general elections as directed by the Independent National Electoral Commission, INEC,” Abure stated.