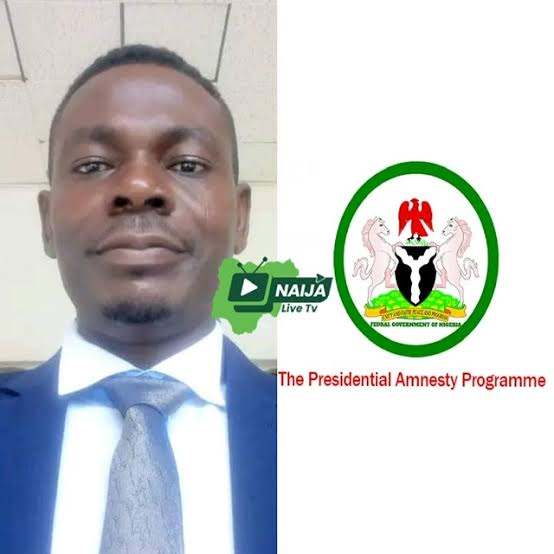 Ndiomu confirmed that Odogwu recently graduated from the Igbinedon University, Okada, Edo State, after defending his thesis on Public Private Partnership (PPP) with special focus on the Anchor Borrowers Programme (ABP) of the Federal Government.

A statement signed on Wednesday by Ndiomu’s Special Assistant, Media, Thomas Peretu, said the PAP boss expressed his excitement over the feat achieved by Odogwu and the scholarship scheme when he met with the Phase three ex-agitators in Port Harcourt, Rivers State.

Ndiomu said PAP had despite some challenges produced commendable results in its 13 years of existence adding that the likes of Odogwu had justified the huge amount of money expended by government on the scholarship scheme of the programme.

He said that PAP would continue to support bright minds and persons willing to be successful to achieve their desired goals.

He said: “Let me congratulate you on what you have accomplished. Having a PhD in any field is a great achievement. That is the kind of thing we want to hear. So, again I congratulate you and urge others to emulate people like you”.

Odogwu explained that he took advantage of the scholarship opportunity provided by PAP to attain the highest academic achievement saying the feat opened the window for others to explore their academic potential.

He challenged other beneficiaries of the scholarship programme to make good use of the opportunity and appealed to the Federal Government not to terminate PAP because of its benefits to the development of the Niger Delta.

He said: “I am extremely lucky, fortunate and happy. When I got the opportunity, I had to make good use of it and today I have made it. Having a Ph.D at this time means a lot because you are somebody that has to contribute to the society meaningfully.

“Its just that the previous administrators were not able to put certain in place but that simply displays the human nature of being imperfect. This doesn’t mean that the PAP in itself is not good and beneficial. This programme is one of the best things that has happened to the people of the Niger Delta.

“The amnesty programme is one of the things that have largely contributed to the peace we enjoy in the Niger Delta. The programme has also secretly produced a lot of Niger Delta graduates. As we speak, this programme is also producing a lot of master degree holders and I happen to be the first PhD and a lot more are coming.

“The best thing that the federal government has done to the Niger Delta people is the amnesty. Initially, when the offer came we were scared. Nobody wanted to receive this offer when former President Yar’adua presented it in 2009, we never knew what the federal government had in mind. Today, we can see that even the current President who continued the amnesty programme has the best of intentions for us”.

He commended President Muhammadu Buhari for the appointment of Ndiomu, saying that he had the capacity to run the programme efficiently and urged people of the region to support him to realise his plans.