There can never be Social Justice without Social Protection – Wabba 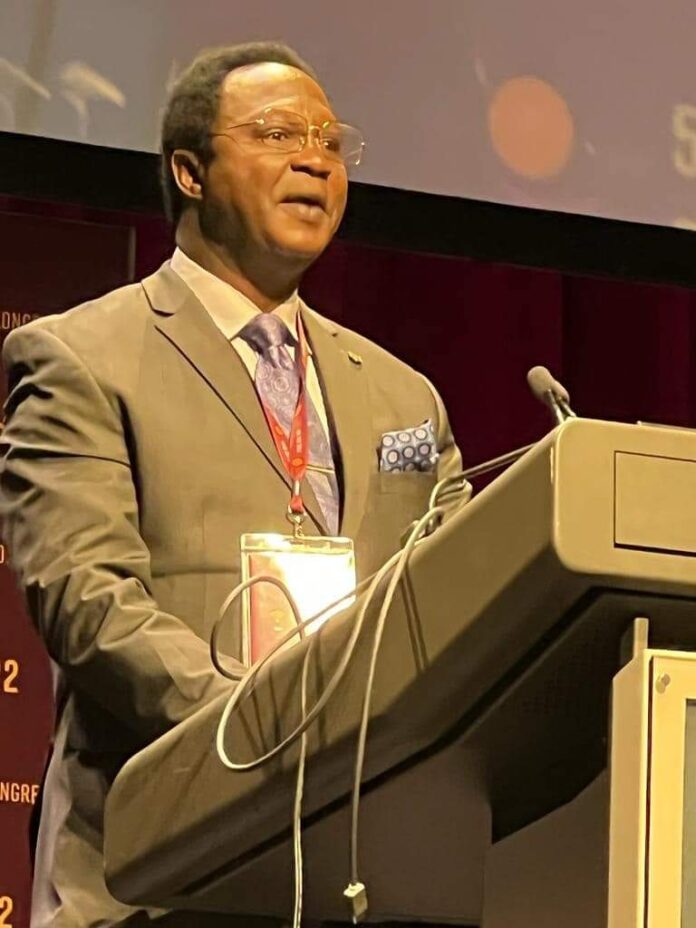 President of the Nigeria Labour Congress (NLC), Comrade Ayuba Wabba has said 75% of workers all over the world are outside the Social Protection net, saying there is no justification for this as just 0.25% of the global Gross Domestic Product would close the social protection gap.

Wabba, who is completing his 4 years tenure as president of International Trade Union Confederation (ITUC), argued that there can never be Social Justice without Social Protection.

He spoke on Thursday at the 5th ITUC Congress in Melbourne, Australia.

“In order for the future of work we are building to be sustainable, we must pay attention to equality and inclusion. Care work must be paid for. We must promote equal pay for work of equal value. We must commit to freeing workplaces from sexual harassment and violence. And we must remove the barriers to economic and social development which stop progress in so many countries,” he noted.

Furthermore, he said; “The ITUC’s commitment to Social Justice informs the theme of this year’s Congress “A New Social Contract” ail the more relevant given the dislocations and devastation of COVID-19 pandemic claiming nearly seven million lives and destroying about 250 million jobs. A significant number of the people who died were workers, many of them frontline workers.

“A New Social Contract means promotion of Jobs, Rights, Wages, Social Protection, Equality, and Inclusion. At its heart is Jobs. All the other cardinal pillars of it revolve around Jobs, not just any kind of job, but decent jobs. Globally, we need to create 575 million new jobs to achieve full employment. New jobs should especially go to women who are already at the receiving end of the gender jobs gap.

“Linked to jobs is the issue of wages. The 2020 ITUC Global Poll shows that the household income of 42% of the world population fell behind the cost of living. The global increase in labour productivity has not translated to living wages. While the desired wage outcome is living wages, so many countries, especially countries of the Global South still struggle to pay minimum wage.

“According to the last World Inequality Report, the richest 1% took 38% of ail additional wealth accumulated since the mid-1990s, whereas the bottom 50% captured just 2% of it. The poorest half of the world’s population possesses only 2% of the total wealth, while the richest 10% owns 76%.”

On the African continent, Wabba said for Africa to realise the SDGs it needs a greater inclusion of trade unions in development processes through stronger social dialogue practices and institutions, ensuring workers can contribute to shape policies to fight poverty and inequalities.

He argued that inclusive development must be backed by investment, and by changing the rules that dominate the international financial institutions and system to enable countries to achieve equitable and sustainable development.

The ITUC President said despite the existential threats of climate change, corporate greed continues to stand in the way of the actualization of the global commitments to reduce Greenhouse Gas emissions, adding that Fossil capitalism must be stopped in its tracks.

He said Just Transition, which is the response of workers all over the world to the threats posed by climate change, is gaining traction globally.

He said, “The processes that are at the heart of the green economy must respect international labour standards. A case in hand is the use of child labour in Congo DRC to mine cobait which is one of the key raw materials used in the manufacture of lithium batteries. We condemn this modern form of slavery and demand that cobalt produced under barbaric and slavish conditions should be treated as blood diamonds.

“Just Transition means alternative sustainable path to production and consumption. It must involve workers in decision-making and change the narrative of workers as victims of climate injustice to partners in finding solutions. The rapid evolution of technology, albeit helpful for the growth of the green economy, artificial intelligence and machine learning also presents its own challenges. The hijack and misuse of big data by corporate power and the casualization of platform work adds to the burden of 2 billion precarious work in the informal economy, some 60 percent of the global labour force. We need to arise from this Congress with a clear position on these issues.”