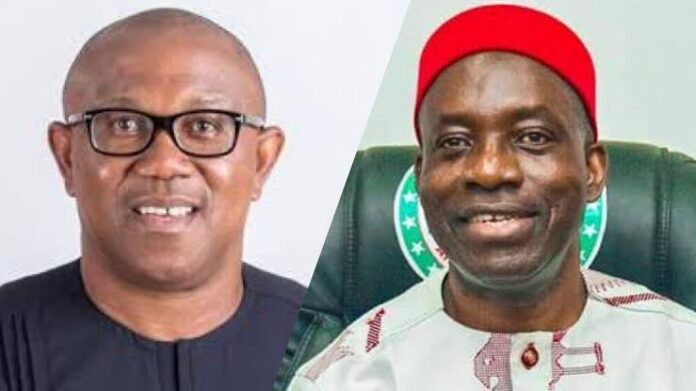 An apex socio-political youth group in the South East geopolitical zone, Coalition of South East Youth Leaders, COSEYL, has announced their preparation to filth Anambra state Government House, Awka with dustbins that would serve as a warning to Governor Chukwuma Soludo, for what they described as unwarranted attack on Mr. Peter Obi, the Presidential flag bearer of Labour Party.

The group took the decision yesterday in Awka after the meeting and deliberation of her members over the statement by Prof. Charles Soludo on Mr. Peter Obi presidential ambition.

According to the statement signed by the President General of the group, Hon. Goodluck Ibem, it stated they have declared Friday 25 November, 2022 as a day when all Anambra people would carry their refuse, debris and dump them at the gate of Anambra State Government House.

“This will serve as a deterrent to other Igbo political office holders who might want to insult the sensibility of the Igbo nation.

“Dumping of refuse in the house of anyone who committed sacrilege against his people is a traditional way of disciplining and teaching lessons to anyone found wanting.

“The statement of Soludo and the audacity with which he spoke against Mr. Peter Obi, the Labour Party Presidential candidate portrayed him as a man who felt that he is above God and Anambra people who elected him as governor.

“Soludo insulted the sensibility of Anambra state and the entire Igbo nation by his misguided statement against Mr. Peter Obi. Soludo just confirmed to the world that he lacks common sense.

“It is very unfortunate that Anambrians elected a misfit with the title of a Professor as governor and the error has to be corrected immediately by Anambra state House of Assembly members to commence the impeachment process against Governor Charles Soludo.

“Four years is too long to wait for a man who has no vision to lead the good people of Anambra State.

“Governor Soludo is standing alone on his attack against Peter Obi and anyone who might have paid him for such a hatchet job should go and collect his money back from him because his statement does not hold any water whosoever.”