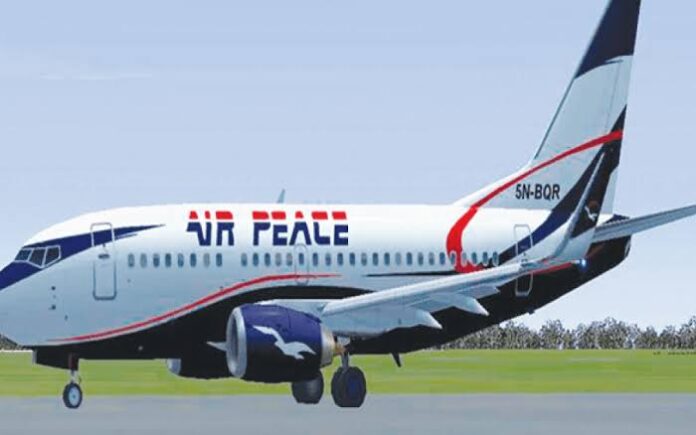 Air Peace says it has relocated all its international flight operations from the old Terminal One to newly inaugurated Terminal 2 of the Murtala Muhammed International Airport, Lagos.

In a statement issued by spokesperson, Mr Stanley Olisa said this yesterday in Lagos .

He said that with this, the airline becomes the first to operate a flight from the newly commissioned terminal.

Olisa said that Air Peace had notified the flying public that from April 19, its international flights, intercontinental and regional flight departures would now be at the Terminal 2 of the Lagos Airport.

“We are delighted to be the first airline to operate a flight at the newly commissioned MMIA Terminal 2 and going forward, all our regional and international departures will be from this new terminal.

“We commend the Federal Government for the feat, and Air Peace will continue to blaze the trail,” he said.

Olisa added that passengers flying to Accra, Banjul, Freetown, Douala, Dakar, Johannesburg and Dubai were henceforth expected to proceed to the new terminal for ticketing, check-in and boarding.

“Our ground personnel are ready to assist the passengers to ensure they seamlessly adjust to this new development,” he said.