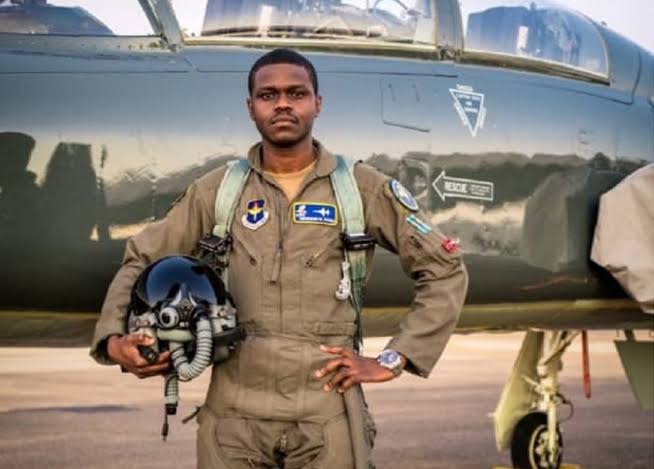 Family members of Flt-Lt. Abubakar Alkali, one of the Air Force Pilots who died in a plane crash in Kaduna on Tuesday, said the incident had left them devastated.

Some of them who spoke to the News Agency of Nigeria (NAN) in Kaduna on Wednesday, however said in spite losing a great son, they had taken solace in the fact that ‘God giveth, God taketh’.

Alhaji Sulaiman Dauda, an uncle to the deceased, said Alkali was a fine officer, always involved in serving his fatherland.

“Akali is a fine officer, always in the service of his fatherland; a great son to us; we were devastated.

“But we take consolation in the fact that God giveth, God taketh, and fortunately, we belong to a family that lay emphasis on fear of God.

“The kind of life he lived is very encouraging, and we have accepted it (incident) as being ordained by God,” said Dauda, who is a brother to the mother of late Alkali.

Also, Brig-Gen Umar Alkali, elder brother the deceased, told NAN that although the tragedy was painful, no person on earth would live beyond his or her time, as ordained by God.

“I am the eldest brother to Abubakar: our father died when he was just two years, so he grew up knowing me as a father; its a sad happening, but we all know that death is inevitable,” he said.

He described his late brother as a hard-working, jovial, intelligent and respectful young man.

“You can rely on him for anything, and I think his death is a big loss to the nation, “Alkali said.