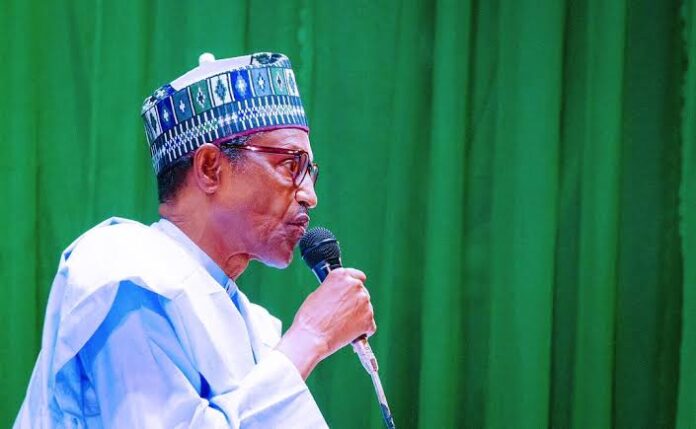 *Orders immediate rescue of all Nigerians kidnapped by terrorists nationwide

Worried by the rising cases of violent crimes across the country especially killings by bandits and the Boko Haram fighters, President Muhammadu Buhari yesterday told security agencies to their faces that they have not been doing enough to curb the menace despite all the support being given to them.

According to Monguno, “Buhari feels that enough was not being done by the security agencies despite what has been provided for them to fight insecurity.”

Speaking further, the NSA also disclosed that the President had issued a fresh order to security chiefs, ordering them to immediately rescue all Nigerians kidnapped by terrorists across the country.

He disclosed that the persistent challenges of insecurity in Nigeria have continued to make President Muhammadu Buhari sad.

The NSA said, the President could not afford the luxuries of a happy man when Nigerians are struggling to escape death daily.

It would be recalled that the National Security Council meeting, presided over by President Buhari at the Presidential Villa, Abuja came one week after the recommendation for such meeting by the Council of State.

He added that the last straw was the recent attack on the Abuja-Kaduna train leading to the deaths of some passengers and scores kidnapped stressing however that the President alone cannot completely receive the blame for the insecurity in the country as his part is to make strategic decisions which the NSA said he has been doing.

“The surrender of Boko Haram elements has not engendered the desired result in stemming insurgency in the country”, he said.

The NSA also spoke on the threats coming from the country’s vast land borders and the need to replicate in them what has been achieved in the maritime borders.

He also stressed the imperative of intelligence from ordinary citizens as he noted that unless the wider society is willing to provide the necessary intelligence, the problem of insecurity will linger beyond the time frame intended to end the menace.

Those who attended the meeting include Vice-President Yemi Osinbajo; Secretary to the Government of the Federation, Boss Mustapha; the Chief of Staff to the President, Prof. Ibrahim Gambari; and the National Security Adviser, Major General Babagana Monguno (retd.).