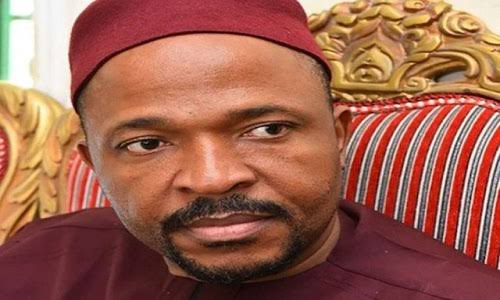 A Group called Project Nigeria has raised over 100 million to purchase the APC presidential expression of interest and nomination forms for the Honorable Minister of State, Education, Chukwuemeka Nwajiuba to contest the presidency.

Nwajiuba, disclosed this in an interview with newsmen, stating that he had been informed by the group that about 1,000 individuals had contributed over N100m toward obtaining the APC presidential forms for him.

The Minister, who expressed excitement that the group was able to raise the amount, said the decision on whether he would run for the coveted office would depend on the outcome of his meeting with the Project Nigeria Group and other stakeholders across the country.

Nwajiuba stated,“In my own case, I have the unique opportunity of being promoted by a wide range of Nigerians, young people and others from all parts of Nigeria, who are contributing their funds as well as their time to drive this project. They have taken the challenge of thinking of where to get the money and relieve the burden from me.”

“One of them told me that they have actually exceeded the figure by some fractions at the moment. They have over 1,000 contributors from different places. I was only informed that they were ready. I have been trying to get them to meet with me, but they only want to meet me when they have the forms.” Nwajiuba concluded.

On whether he would run for the presidency and when he intends to declare his ambition, he added, “I do not want to answer that question until they (members of the Project Nigeria Group) come. “It is not just my decision to make. This is a collective decision of all Nigerians. I am actually impressed by them telling me that over 1,000 persons have contributed. I thought it was a joke until I saw that such a huge number of people contributed.
“When I have the opportunity of meeting the group, then we can speak on it. It is not something one person alone can decide; it will require almost like a collegiate of people to bring everybody together to work in a direction so that the country can get traction on the road to progress.”

Asked if the party was fair to have pegged the amount for the purchase of presidential, governorship and other forms at prices many Nigerians described as outrageous, he said, “Every political party decides how it wants to operate. Their decision is relative to what they have.
“For instance, my supporters, through the Project Nigeria Group, already informed me that they have actually got the figure they want and exceeded it. Even if you were to offer the party forms for N1, it will still be subject to different views, and that is the beauty of democracy where everybody will have his or her own view.
But we, as party members, have handed over the administration of our party to the National Executive Committee and they have made a judgment on our behalf. We can’t second-guess them, because there are many parameters; I am not privy to all of their thought processes.

According to sources, the Project Nigeria Platform is a group of thousands of Nigerians drawn across ethnic, gender and age divides. According to the source, “We began mobilising to raise the funds recently by calling on willing members to contribute donations in sums ranging from five hundred to not more than five hundred thousand Naira toward actualizing our desire to support a young detribalized, patriotic and capable Nigerian to contest the highest office in the land. We want to discourage any deep pocket from hijacking our desire of building a new united Nigeria based on transformative ideas, integrity, capacity and good governance.”