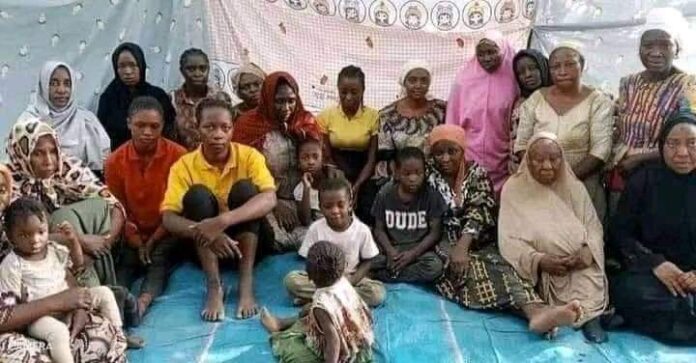 Terrorists who attacked an Abuja-Kaduna train on Monday, March 28, 2022, have released another picture showing some of kidnapped passengers.

The photograph of the victims shows mainly women and little children

The gunmen had ambushed the train heading for Kaduna from the nation’s capital city, Abuja after bombing its rail track.

At least eight passengers were killed in the incident, while 168 others were kidnapped or declared missing.

Few days after the incident, the Managing Director of the Bank of Agriculture Boa, Alwan Hassan, was released alongside others.

Hassan, who was seen in a video released by the bandits, said he was freed on compassionate grounds.

The terrorists had insisted they would only talk to the Nigerian government to negotiate the release of the captives.