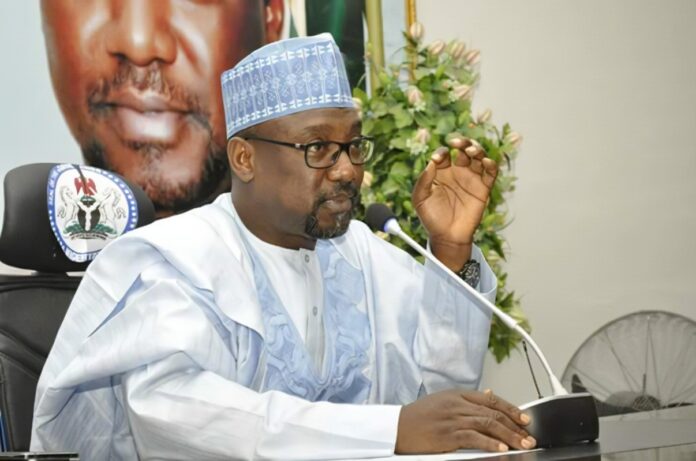 Governor Abubakar Sani Bello of Niger state at the weekend accepted the APC expression of interest and nomination forms to contest the Niger North senatorial seat in the 2023 elections purchased by his commissioners.

The Governor, while receiving the forms, advocated for fairness and equity in the 2023 elections.

According to him,”although before now I did not want to run for the Senate after 8 years in office as Governor, but I have to bow to the wishes of many of you who had mounted this pressure genuinely. ”

Governor Sani Bello said he is however overwhelmed by the growing support base the senatorial project has attained moments after indicating interest in the race.

He said that he is particularly encouraged by the solidarity shown by other aspirants from the zone and across political parties whom he explained have placed the interest of the zone far above personal ambition.

He named some of such aspirants to include former PDP governorship aspirant, Honourable Umar Nasko who had earlier indicated to run on the platform of PDP.

The Governor said another prominent aspirant, Sani Duba has also dropped his aspiration , adding that “I appreciate them for what they did.”

He said that the administration has performed creditably well in the past 8 years, adding that, “I hope that we have been able to deliver. We have done very well in the area of security”.