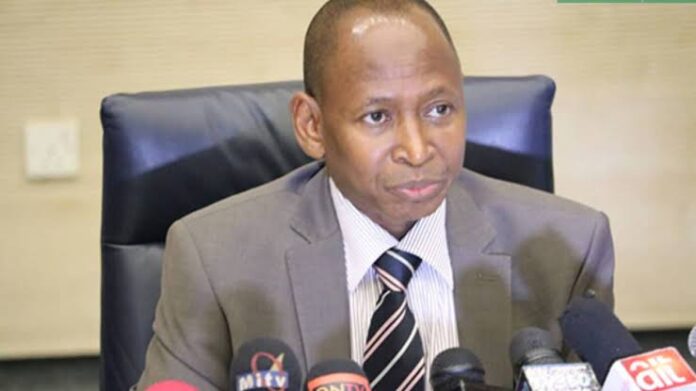 The Economic and Financial Crimes Commission (EFCC) has on Monday, arrested Nigeria’s Accountant-General, Ahmed Idris over alleged money laundering and diversion of public funds in the tune of N80 billion.

Sources who spoke about his arrest confirmed that Mr Idris was intercepted in Kano by operatives of the Economic and Financial Crimes Commission (EFCC) on Monday evening and is being flown to Abuja, the nation’s capital, for interrogation.

According to the source, EFCC has for sometime now been investigating a case of diversion of at least N80 billion in public funds which was allegedly laundered through some bogus contracts.

The companies used in laundering the funds have allegedly been linked to family members and associates of the accountant-general, investigators revealed.

Mr Idris was summoned by the EFCC repeatedly for interrogation but he failed to honour the invitations.

“We kept inviting him but he kept dodging us,” one of the sources said. “We were left with no choice than to keep him under watch and arrest him.”