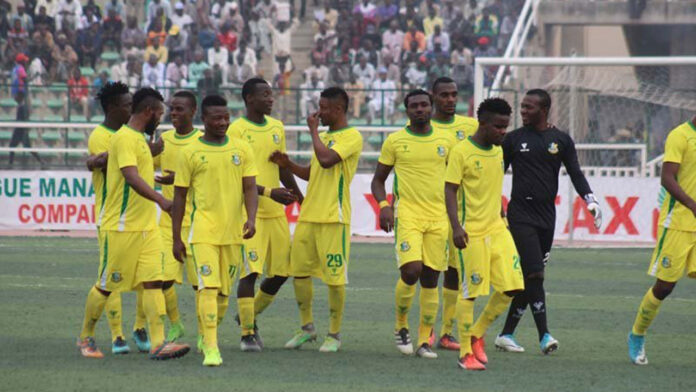 The Director-General of, NLRC, Lanre Gbajabiamila said the move to weed out some of these companies become necessary following the discovery of some sports betting companies operating in Lagos State with forged permits.

The commission’s spokesperson, Magnus Ekechukwu in a statement said some officials of the defaulting companies have been arrested and would be made a scapegoat to their likes still ghosting around.

He noted that the Commission will deploy every available legal instrument to weed out all criminal elements operating within the Nigerian gaming industry.

According to him, the arrested criminals are being prosecuted to serve as a deterrent to others who could be nursing similar ideas.

‘’The NLRC DG found it strange and disturbing that in the present dispensation people could want to defraud the federal government believing they would not be arrested.

“Let all criminals steer clear of the lottery industry because I can assure them, they would be arrested and prosecuted. The criminals already arrested will serve as an example to other criminal elements to defraud the government. We will neither allow nor tolerate such criminality in our industry.”

He further stated that the Commission stands for integrity, transparency and accountability which are the hallmarks of the gaming business in Nigeria.

The DG stressed that any operator who fails to heed these core values runs the risk of violating the rules and guidelines of the Commission; a situation that attracts stringent consequences.