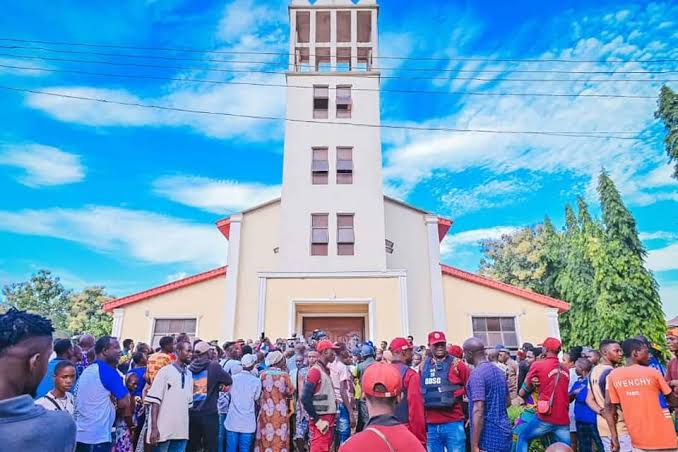 Chairman, Senate Committee on Media and Public Affairs, Senator Ajibola Basiru, has said that the Sunday massacre of worshippers at the St. Francis Catholic Church in Owo, Ondo State, has again raised the need for the creation of State Police in the country.

Basiru, who represents Osun Central Senatorial District in the National Assembly, wondered why innocent worshippers could be attacked with explosives and bullets in a church.

The lawmaker, in a statement, titled: “Blood bath in the church; A need for State Police” which he personally signed and made available to journalists on Monday in Abuja, however, urged the law enforcement agents to ensure that the attackers are caught and prosecuted.

“The news of the attack on a Catholic Church in Owo came, shattering the peace of a Sunday afternoon. To me, it is reprehensible and totally condemnable whichever way one looks at it or whatever is the motive of the aggressors.

“Why on earth would anyone or group think of attacking innocent worshippers with explosives and also rain bullets on them can only be left to imagination.

“The gory pictures emanating from the site are horrific, horrendous and nightmarish. It is unbelievable that this crime could be perpetrated by normal humans.

“This act must be thoroughly investigated and the perpetrators be made to face the full wrath of the law. It is an inhumane act that must not be allowed to go without fishing out the criminals and also punishing them.

“Our government cannot continue to treat the issue of national security like a matter of politics. There is a need for immediate decentralization of the police structures with the establishment of State Police. We cannot continue the blame game over insecurity in our states when the security apparatus are controlled by federal authorities.

“I wish to call on the law enforcement agents to do everything possible within their means to find out these people and what their motives are.

“I however wish to commiserate with my brother, the Governor of Ondo State, Rotimi Akeredolu, the traditional institution of the town and all the sons and daughters of Owo, especially the relatives of the victims of this dastardly act,” the statement read.