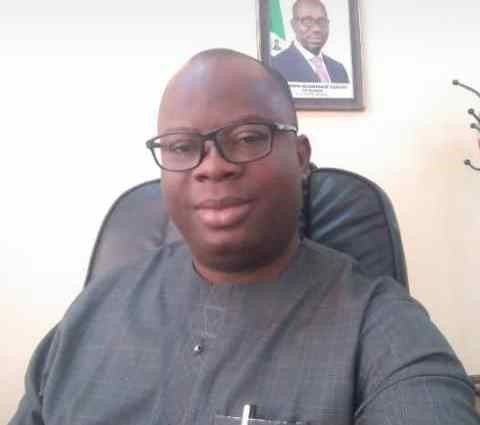 Deacon Festus Osagie Osaigbovo is the Director General, Edo State Liaison Office, Abuja. Osaigbovo, having served the last four successive governments in Edo State has risen to become a political leader representing the good people of Abiokunla Ward 2 in Orhionmwon Local Government. MIKE ODIAKOSE reports that in this interview which he granted in his country home in Oza , The Leader, as he is popularly called by his people, spoke about the monetization of politics, voter’s apathy and other sundry issues as he summed up saying that politics should be service to the people. Excerpts:

The Peoples Democratic Party, PDP just concluded the much talked about presidential primaries, how will you describe the outcome of the primaries?

Everything that has a beginning surely has an end. And in all as a devout Christian, I can only praise the name of God for a successful presidential primary because the outcome was not what the enemies anticipated.

When you say the outcome was not what the enemies anticipated, what exactly do you mean?

You see, let me tell you, the ruling party’s only headache as of today is the PDP. As a politician, I can tell you, and very rightly too, that the ruling party never wished the PDP had a successful presidential primary. A lot of clogs were thrown in the wheel of the planning of the programme. A lot of shenanigans were at play. Most of the troubles that the party faced in many states, including Edo state in the days before the presidential primary were troubles brewed from outside, especially from the ruling party, just to destabilize the major opposition which by all ramification, they see as a major threat in the 2023 general elections.

You talk so confidently as if you were privy to their plans for destabilization as you are alleging..(cuts in)

We are politicians. We have our ears on ground. We know what is happening in all other political parties. Other major parties have their ear pinned down in PDP too, they have spies. We know them, but we know how we deal with such situations.

Many Nigerians still don’t believe that votes counts, and therefore will not want to waste their time in engaging in the electoral process, do you have a message for them?

I don’t play crude politics. I belong to the contemporary block of politics. And my believe aligns with that school of thought that says power belongs to the people. Debbie Stabenow says that “Democracy is about voting and it’s about a majority vote. And it’s time that we started exercising the Democratic process.” And Barack Obama, a former American President has this to say that “There’s no such thing as a vote that doesn’t matter.” I encourage the people to go all out and exercise their fundamental right to vote in the leader of their choice. I also urge the good people of Nigeria to take politics serious, because whether you participate in it or not, the leaders will emerge. If you leave the process to idiots to decide who rules, then don’t complain when idiots are in power ruling you. Reason is that when idiots decide who governs the country, the leadership will surely come from amongst them. It was Abraham Lincoln who said that “The ballot is stronger than the bullet.”

How would you describe the role money is playing in politics currently?

First, I must admit that money will always play role in any political development. Aspirant/candidates will always spend money in any election. But to allow money to control the soul of politics and determine who gets what is a miss-normal. According to Harold D Lasswell who described politics as Who Gets What, When and How remains the classic analysis of power and manipulation by ruling elites and counter-elites. That being said, I am particularly not an advocate of money politics; our recruitment process into governance should be based on merit. Emphasis should not be on the size of the pocket, but on meritocracy is a political system in which economic goods and/or political power are vested in individual people based on talent, effort, and achievement, rather than wealth or social class. Advancement in such a system is based on performance, as measured through examination or demonstrated achievement.

..But today, meritocracy is pushed to the background

(Cuts in). The people must be careful, some politicians are already thinking of selling their properties to play politics, some are thinking of taking bank loan. When such people gets to office, they surely will recoup from office at the expense of the people. My Governor, His Excellency Godwin Obaseki, has been singing to the ears of those who care to listen that whoever sells his property and go for bank loan to invest in politics should not be shocked if he ends up being bankrupt post 2023. When people are allowed to bring in so much money into politics, from clean and unclean source, the repercussion is usually a disaster. The treasury will then be looted at the expense of good governance and the people. The electorates should desist from asking for money to vote their preferred candidates. Vote buying in all its ramifications, should be abhorred for good governance to develop.

But there are political leaders who also make good harvest from those who want to go into politics, making life hellish for them. Do you agree such people exist?

Sure, they do exist. I will give you a practical life experience, in this my Oza country home, aspirants would come to me to share with me their political dreams. I would naturally pray with them and wish them well. At the point of departure, I would give them small envelop for fuel. They would then sit back again and start another lecture on what they call abnormality in my kind of politics. To them, all the leaders they have visited, they always go with cola and small envelop to give to them, but that they have never seen a leader who gives envelop to their subject. To me, it only amounts to greed for a leader to want to push aspirants to debt by placing unnecessary monetary demands. Money politics is enslavement of the generality of the people. Late Thomas Sankara was quoted to have said that it is better to give clean water to a majority of people than to give wine to a few people. To me, politics should be service to the people. Our leaders must have a rethink.

“Most of the troubles that the party faced in many states, including Edo state in the days before the presidential primary were troubles brewed from outside, especially from the ruling party, just to destabilize the major opposition which by all ramification, they see as a major threat in the 2023 general elections.”