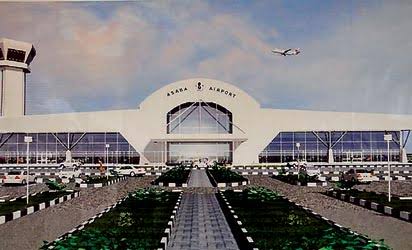 Asaba Airport company has announced that it was targeting improved services and international flight operations with the successful verification of the Instrument Landing System (ILS) at the airport.

Managing Director of the Asaba Airport Company, Christophe Penninck disclosed this in Asaba while addressing journalists during the verification of the ILS at the airport.

He said that with the successful verification of the calibration of the ILS, airlines would be able to land at the airport in deteriorated weather conditions up to 800 meters.

The Asaba airport boss noted that the verification done with the aid of a drone was the first of its kind in the country, adding that it gives more accurate data and does not disrupt traffic.

He said NAMA would formally carry out the calibration and certification following the successful verification of the ILS.

“The ILS was installed a long time ago but was never used because we couldn’t calibrate it but what we have done in the past weeks is that we invited specialists that know how to tune the equipment.

“During harmattan and the rainy season we will not have flight cancellations anymore except that it goes below the very minimum.

“The equipment was installed prior to our arrival and in order to make sure that the equipment is really well tuned we invited the company from Spain to do verification with the drone because it gives a more accurate reading than an aircraft.

“The specialist arrived a few days ago and with the four flights we have done we are actually spot on and on perfect angle.

“When the NAMA aircraft will be available to do the calibration we will pass it with 100 percent which means that in the near future we will have a finally calibrated ILS in Asaba.

“This will also make us the first airport in this region that will enable us to fly in an aircraft during deteriorated weather conditions.

“We intend to build the traffic here from early morning to late at night and also aim at getting international flights here but without proper calibrated and certified equipment it’s not possible.

“So we actually do step-by-step upgrading of the facilities at the airport to have more traffic and to give Asaba the opportunity to develop to be the gateway to the South South.

“It requires a lot of money and work but we are confident that by the end of this year a lot of things will have changed,” he stated.

In his remarks, Commissioner for Information in the state, Mr. Charles Aniagwu commended the airport management for the giant strides recorded in almost one year of its operations.

“I am happy that a whole lot of changes have happened in this airport which justifies the government’s decision to concession the airport.

“Starting from the number of traffic you have increased and bringing the airport to profitability and to the calibration of the instrument landing system ILS.

“When we installed the ILS then we couldn’t calibrate it but you have done that within a short period of time.

“We are quite pleased that we took the decision to concession the airport and it is our hope that in a short while many of those goals we have set for ourselves while concessioning this airport would have been realised” , he said.

He also lauded the airport for their corporate social responsibility stressing that the state government was proud to have taken the decision to concession the airport.

“You have helped us to reduce unemployment and we have also seen the traffic lights you installed along the expressway.

“What we are witnessing today goes to show that the decision to hand over the airport to professional managers is a very patriotic decision and we are proud to have taken that decision.

“Our airport is now ranking far above its contemporaries with a larger number of traffic and more navigational facilities and we look forward to the real intent to make it an international hub for the South-South and a number of states in this country,” Aniagwu added.