HomePoliticsINEC reveals only way Lawan can return to Senate in 2023, advices...
Politics

INEC reveals only way Lawan can return to Senate in 2023, advices Machina 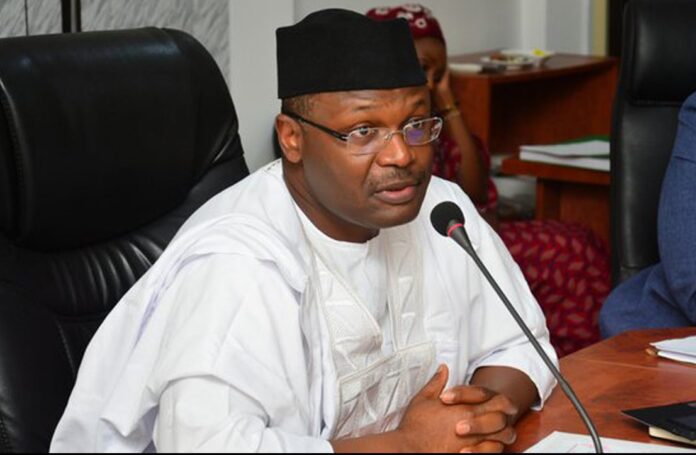 Independent National Electoral Commission, INEC, has explained the only way Senate President, Ahmad Lawan, could return to the Senate in 2023. According to the electoral umpire, Ahmed Lawan or any individual in his position is left at the mercy of the candidates who have been legally and constitutionally nominated by their political parties.

Bar. Festus Okoye, National Commissioner and Chairman Information and Education publicity Committee, when he featured on Arise TV yesterday morning said, he has not come across the names of candidates submitted by political parties, viral report has it that the All Progressives Congress, APC, in Yobe North Senatorial District has replaced the name of Bashir Machina with that of Ahmed Lawan.

While Senator Lawan was battling for the APC presidential ticket, Machina was declared the winner of the Yobe North Senatorial District primary election.

Okoye said that the Commission monitored and has the reports of all the senatorial and House of Representatives primaries, adding that properly nominated candidates must write to INEC with a sworn affidavit, asking for a fresh primary, which would be conducted within 14 days before a replacement can be made.

He further advised Machina and others whose mandates have been taken from them to approach a well-constituted court of law to seek redress since INEC already has the reports from the primaries.

“I completely agree with you that someone who has not contested party’s primary should not be in a position to be nominated as party’s candidate,” Okoye said.

In the same vein, on the issue of dummy vice presidential candidates, said the running mates could only be substituted via a letter to the Commission, attaching a sworn affidavit.

“As far as we are concerned, there’s no form submitted by the presidential candidate where they said ‘we’re submitting this person’s name as a place or space holder’.

“The issue of space or place holder is a unique Nigerian invention that has no place in our constitutional and legal framework,” he said.