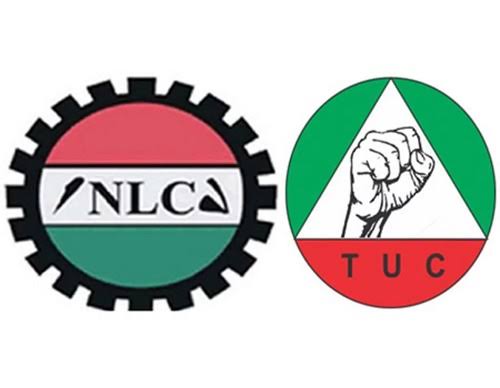 In a bid to have a framework that guides trade unions activities in migration governance, the Nigeria Labour Congress (NLC) and the Trade Union Congress (TUC) with support from the International Labour Organisation (ILO) have resolved to develop a Trade Union Labour Migration Policy.

The resolution was reached at the end of a two-day consultative workshop in Abuja.

ILO Senior Technical Specialist on Workers’ Activities, Abuja Office, Inviolata Chinyangarara, while speaking during the opening ceremony of the workshop, said the Trade Union Labour Migration Policy is a pathway for trade unions to contributes to the achievement of the Sustainable Development Goals (SDGs) that targets labour migration.

She said ILO statistics shows an upward trend of outgoing and incoming migrants within the Nigerian borders.

According to Chinyangarara, counting labour migration trends figures is a challenge because migration can be regular or irregular.

“Some coming in are counted because they come through regular process, airports and other ports of entries but the majority that are vulnerable that in precarious situation are those that are coming through irregular means.

“But ILO statistics also show that they the trends are increasing, that is outgoing and income migrants, particularly within the Nigerian borders, ’’she said.

She said that labour migration were triggered by social, political and economic issues such as climate induces on labour migration, disasters, pandemics and other crisis, trigger people to move.

According to her, our statistics also shows that largely in Africa, people are moving for economic reasons, particularly the young men and women.

“When they find that there are no jobs, no prospects for livelihood, they are pushed to move to other countries where they can find greener pastures for employment or enterprise development,’’ she said.

She however noted that the sectors highly hit by migration include health and construction sectors, cross borders traders and domestic service sectors “are highly mobile’’.

She said that there was brain-drain of highly skilled medical personnel, others, leaving the shores African countries to get better jobs in neighbouring countries.

“That is why the ILO has come up with a global International Standards that is protecting and promoting the rights of domestic workers, that is Convention 189,’’she said.

Chinyangarara said that ILO was collaborating with the tripartite constituency in Nigeria on issues of decent work and particularly on labour migration governance, to ensure the promotion of rights of migrants, among others.

“It is some of these documents that would then inspire the content in the process for developing the Trade Union Labour Migration Policy.

“We are going to look at what is going to change in the process of the review and what are the new antics that COVID-19 pandemic, others has brought to bear,’’ she said.

She said that a Trade Union Labour Migration Policy is a partway for trade unions to contributes to the achievement of the Sustainable Development Goals (SDGs) that were targeting labour migration.

She said that the Labour Migrations Policy had become imperative as migration had become a major challenge in Africa for young men and women as they travelled through irregular processes.

“After this workshop, we are hoping to come up with a process that will then define the milestones for Labour Migrations Policy.

“We hope to come up with a steering committee that will be made up from NLC, TUC that will then define if they want to do development of Labour Migration Policy.

“That is through consulting or on their own in-housing knowledge expertise to develop this process, ’’she said.

The NLC Head of International Hon. Uche Ekwe, who represented the General Secretary of NLC, commended the ILO and its partners for the support and appreciation of the critical roles of the trade unions in labour migration governance. He noted that NLC as a foremost labour centre in the continent is fully committed to any positive initiative that will contribute to better labour migration governance and promote decent work for all.

NLC Desk Officer on Migration, Comrade Eustace James said the workshop which is the first of its kind will help to design a roadmap for the development of Trade Union policy on Labour Migration in Nigeria.

Eustace said that there were two policies that were already frameworks for migration governance in Nigeria, which include the National Policy on Labour Migration adopted by the Federal Executive Council in 2014 and the National Migration Policy adopted in 2015.

“These are all state actors policies, but for us it is a clear fact migration is merely driven by employment and labour migrants, forming the bulk of migrants.

“Therefore it is very critical and necessary for trade unions to have a framework that guides trade unions activities in migration governance, hence the decision to hold the workshop, ’’ he said.

Therefore, it a noble move to define a road map for the development of trade unions policy on labour migration.