Exploring the nuances in the implementation of section 8(1) of CAMA, 2020 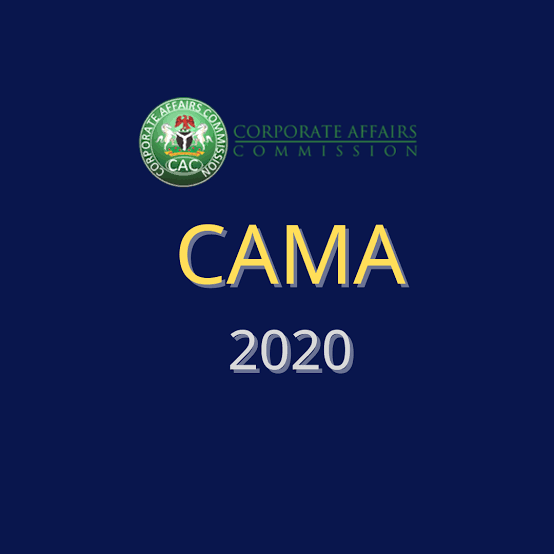 The new Companies and Allied Matters Act (CAMA) 2020 expands the powers of the Corporate Affairs Commission (CAC) beyond the registration of incorporated trustees or non-profits/non-governmental organisations (NGOs) and the record keeping of all their statutory filings to now include conducting investigations into their affairs, obtaining court ordered suspension of trustees, appointment of interim managers and restriction on their financial transactions. These new powers raise concerns of possible arbitrariness hence, this article seeks to appraise same and make possible recommendations aimed at developing a corporate regulation which is of international best practices.

SECTION 8 (1) (C) AND (D) of the CAMA 2020, enlarges the functions of Corporate Affairs Commission (the Commission), giving it power to “arrange or conduct an investigation into the affairs of incorporated trustees” where the interest of members or the public so demands, including ensuring compliance with the provisions of the Act and relevant regulations made by the Commission. In this vein, it can be said that the intent and provisions of the much-criticised Non-Governmental Organisation Regulatory Commission of Nigeria (Establishment) Bill, 2016 (the NGO Regulation Bill) have been imported into this new law. For instance, Clause 26(2) of the bill, sought to empower the Commission to monitor the activities of an NGO. Now, section 8(1)(c) & (d) of CAMA, 2020, inadvertently grants the CAC the same powers.

Likewise, the extensive provisions of Section 839 empower the Commission to suspend the trustees of an association and appoint an interim manager, on the order of a Court. It states that the grounds upon which such decision can be made include:

To secure proper use of the association’s property towards achieving its objects and purpose.

In the interest of the public; and Fraudulent running of association’s affairs.

This process is to be initiated by a petition to the Court, by the Commission or one-fifth of the association’s members and stipulates that this must be backed by reasonable evidence.

In the consideration of such petition, the Court may make several orders such as:

Suspension of any person/ employee/ officer of the association for not longer than 2 months. Appointment of additional trustees for proper administration.

Vesting of association’s property to an official custodian.

Ordering persons holding property on behalf of the association to not part with it without approval of the court.

Ordering any debtor not to make payments to the association, but to an interest yielding account administered by the Commission on behalf of the association.

Restricting the association from engaging in transactions and making payments without court approval; and Appointment of an interim manager to act as Receiver and Manager.

It is my opinion, with due respect, that this provision is the most worrisome, because it is seen as providing an avenue for government interference in the activities of associations, as well as interference with the constitutional right of freedom of association, guaranteed under section 40 of the Constitution of the Federal Republic of Nigeria, 1999. It further appears that the purport of this provision is to bring in stricter regulation that could not be introduced with the NGO Regulation Bill.

Meanwhile, the Supreme Court of Nigeria has expounded on the intent of section 40 of the Constitution, in the case of Emeka v. Okoroafor & Ors, thus:

One striking issue in respect of the above provision of the Act, is that it bears noting that the terms ‘members’ is defined in Part F of CAMA. Hence, members as captured therein, it is not clear whether this refers to the trustees only or other persons. Also, the new CAMA does not provide for administrative remedial action that can be taken prior to a petition being filed in court. This and more are issues that raises concerns and controversies as to the implementation.

The provisions of Section 8(1) of the Companies and Allied Matters Act, 2020 examined herein is a clear pointer that the future of corporate governance in Nigeria is uncertain. The Act is pregnant with possible numerous abuses of office by the Commission and the attendant litigation which can negate the reform sought to be achieved by enacting the new Act. It therefore calls for an immediate review and amendment to have an assured corporate governance with little or no bickering occasioned by the law.