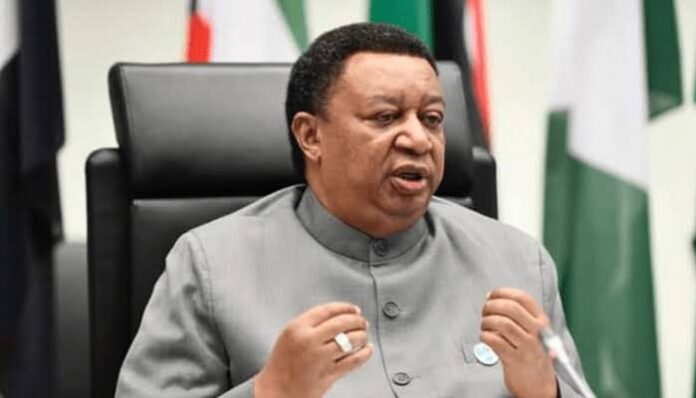 The Secretary General of the Organisation of Petroleum Exporting Countries (OPEC), Muhammad Sanusi Barkindo, is dead.

Mele Kyari, group managing director of the Nigerian National Petroleum Company (NNPC) Limited, announced his demise in a tweet in the early hours of Wednesday.

Kyari said he died at about 11p.m on Tuesday few hours after delivering a speech to oil and gas stakeholders at the ongoing 2022 Nigerian oil and gas conference and exhibition in Abuja.

After the event, Barkindo was described by President Muhammadu Buhari as a worthy ambassador of the country, when he received him at the State House, alongside a delegation from the OPEC secretariat.

The NNPC GMD described Barkindo’s death as a great loss to his immediate family, NNPC, Nigeria, OPEC and the global energy community.

Kyari tweeted, “We lost our esteemed Dr Muhammad Sanusi Barkindo. He died at about 11pm yesterday 5th July 2022. Certainly a great loss to his immediate family, the NNPC, our country Nigeria, the OPEC and the global energy community. Burial arrangements will be announced shortly.”

Barkindo’s tenure as OPEC Secretary General comes to an end on July 31, 2022.