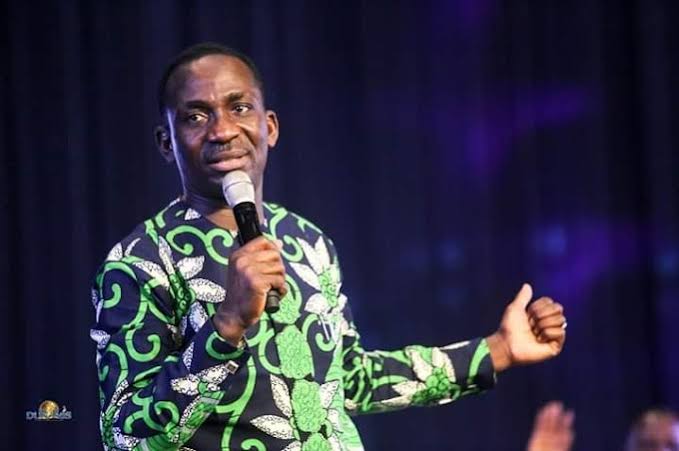 Pastor Enenche gave the warning, during his sermon in Abuja, Glory Dome, the Church’s Headquarters, said any attempt to impose a failure against the choice of masses will be disastrous.

While lamenting over what he termed as “the insecurity challenges ravaging the country”, Enenche said Nigerians have been docile for too long, adding that there is too much suffering in the land, yet everybody is quiet as if they have been charmed.

He said: “If a nation like ours is headed towards disaster, the God who answers by fire, when he answers us, there will be instant alterations.”

“You know about seven years ago, some people arrived and said they wanted to give change. Am sure you remember; you have seen the change, loss of lives, blood flowing like water and all manner of banditry, terrorism, kidnappings, unbelievable insecurity, poverty, scarcity, shortage and all manner of terrible things that continued till this day.

“Nobody should be afraid of the mess and rubbish that is happening today in the political cycle. We have a God in heaven that will answer us by fire. Anything they want; let them do now but when Jehovah steps down…”, he said.

The fiery cleric further urged that nobody should worry about who is the flag bearer of neither a political party nor their Vice, noting that such agitation does not matter as the will of God remains the ultimate.

He also stressed that the Nigeria political cycle has taken God, the church and Christianity for granted for too long, and disclosed that no amount of money will be able to suppress the choice of the masses during the 2023 general elections.

“Do not worry yourself about who somebody picks as president or vice president. It does not matter. That is what man has decided.

“It means there are people that do not matter. They took the church and Christianity for granted in this country for too long, but the God we serve is about to answer by fire and he is going to show them who owns the land.

“Anybody who wants can spend quadrillion naira to rig Election; the will of God will be done in Nigeria this season. Any amount of money they want, there will not be enough to rig the election in favour of evil, killings, destruction and corruption.

“The people of this country have been too docile for long as if they have been charmed. But you know that goat does not bite but when you push him to the wall he will show you his teeth. This season, any attempt to rig election, People will be shocked at the response. Evil is in the land yet they want everybody to go quiet as if everything is normal, to hell with that devil.

“If you are silent with evil it means you are in agreement with that evil. Whenever the occasion demands, you speak with audacity and authority; evil shall not rule our land.