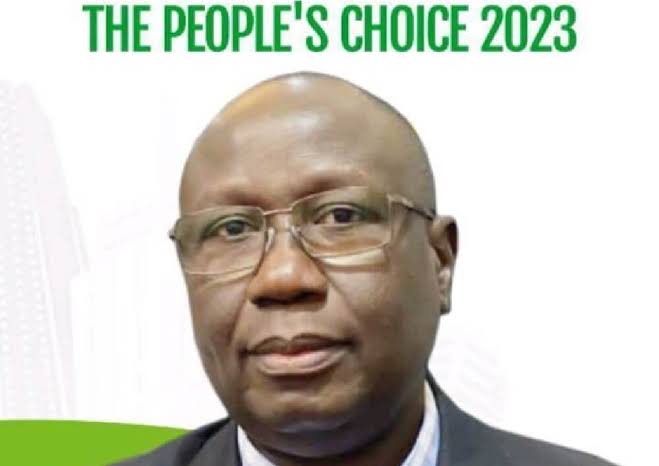 Air Vice Marshal Napoleon Bali (rtd), the candidate of the Peoples Democratic Party (PDP) for Plateau South Senatorial District in the forthcoming 2023 election, has pledged to tackle poverty in the Senatorial district if elected Senator.

He further pledged to lobby his colleagues in the Red Chamber to encourage the Executive arm of government to urgently direct the military and other security agencies to increase the recruitment and training of 600,000 more personnel to adequately dominate most of the forests in the country in order to aggressively and simultaneously degrade the violent non-state actors that have been brutally terrorizing law abiding citizens in the country.

Bali, a one-time Chief of Policy and Plans (COPP) HQ NAF in a statement made available to newsmen, also said that if elected Senator, he would use his acquired knowledge and wealth of experience to promote peace and attract developmental projects as well as job opportunities for the youths.

The statement reads in parts: “I will use part of my personal emoluments and liaise with micro finance banks within my Senatorial zone to guarantee soft loans for the needy , especially women ,these initiatives will add value to better the living conditions of our People and mitigate security challenges.

AVM Bali further said that he would create Functional Constituency Liaison Offices in the 6 Local government councils of the Senatorial District.

“The offices will duly identify the needs and actual strength of unemployment of the various Communities for planning and lobbying the correct Ministry, Department and Agency (MDAs )for possible intervention by the Executive Arm of Government or through Legislation.”

He added that ,he would further make conscious efforts to create a bond of unity with other elected Representatives from Plateau State to form a United Front for the Protection of lives and properties .

On security ,Bali added that the Military will also be directed to be more active in the night and selectively conduct offensive operations to deny terrorists and armed Bandits freedom of action to reduce their criminal activities.

“This can be achieved through community-based early warning signs, detection of potential disputes, personally visiting the innocent victims with palliatives and promotion of non-kinetic, and kinetic means to resolve security problems,” Bali stressed .

He added that night vision goggles and Improvised Explosive Device (IED) Detectors among others will be procured for the troops to assist in night clearance operations.

He called on the people of Plateau South to support his aspiration as a vote for Bali is a vote for promotion of a better Senatorial district.

“I strongly believe that, I will be able to vigorously pursue a vision of promoting socioeconomic and political development of the Southern Plateau, if elected as Senator in 2023, “he also added.

Our correspondent reports that Bali would be contesting the election against the incumbent Governor of the state, Barrister Lalong who is the candidate of the All Progressives Congress, APC.