HomeBusinessNigachem builds capacity of over 50 mining companies on use, management of...
Business

Nigachem builds capacity of over 50 mining companies on use, management of explosives 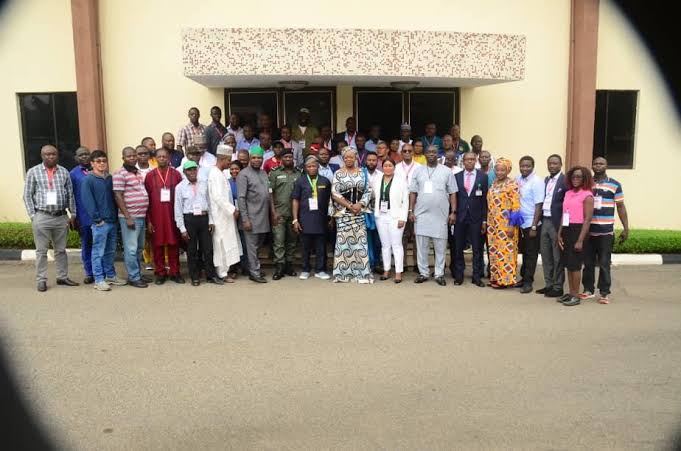 Manufacturing giant of mining explosives, Nigachem Nigeria Limited, yesterday, organized a capacity building training of over 50 mining companies on use of explosives at their sites this is following issues on safe- mining in the solid minerals sector.

Speaking on the essence of the ‘Two-day Technical Training In Explosives Management and Optimization’ , the Founder and Chairman, NIGACHEM Nigeria Limited, Engr Sylvanus Ghasarah, represented by the Executive Director, Administration and Human Resources, Maureen Tiamiyu, explained that the company deed it fit to give back to its customers across the country through capacity building that would cushion effects of high cost of materials via optimization.

Ghasarah also noted that the cost of doing business has been over 300 per cent, and there was need to optimize this cost to continue in business.

He said: “We know how the inflation rate has gone up. We know the exchange rate, how much is gone up. So the cost of doing business has been over 300 per cent.

“I know that our product has gone up a lot. So for us to give back a little bit to a customer to appreciate their patronage, we have put up this optimization so that even though the cost has gone up, if they can know how to manage the explosives properly, they can manage their costs more efficiently.

“What we want is for them to be able to carry out that blast with profits. We don’t want the increase in prices to affect them because sometimes some businesses are closing down. So the aim is for people to be aware. I mean, mining engineers versus the accountants in the organizations versus the owners of the business, everybody needs to come together and put their heads together; the miners need to understand that there is a cost to blasting and the better they can efficiently manage their blasting, the better for the business owners.

“And they effect of all the other factors; diesel price has gone up, exchange rate, the effect could be cushioned with optimization basically.”

Meanwhile, he added that the training would be taken to other parts of the country.

“This is just the beginning. We have started this at this time. We have planned to go to different regions where we have our customer cluster, like I said, is a give back to our customers and our customers all over Nigeria.

“So we will continue to have one programme or another to give back to our customers”, he said.

“Basically, everybody here is not a greenhorn but professionals, and they understand the language, and what we need to do is to just follow up on the product we supply them to make sure they get the best value in the application against the value for their money for using our product”, Yusuf said.

On the areas lacking among mining companies as customers, he said, “The emphasis is on security and safety of our products because of global wave of terrorism and insecurity in the country.

“Explosive if it gets into wrong hands could do a lot of damage. We have to emphasize that whoever buys our products, we have the technology, capacity, and infrastructure to be able to track and trace whatever takes our material.

“We say to our customers to safeguard our products, ensure you have proper human reliability of your workers so it doesn’t leak out of your premises. Leakage can hardly happen with us but when it gets to the end-user we don’t have control”, he said.

He also explained that there was difference between his company’s product called Super Power Explosives or 90 Super Power 80, and it is not an Improvised Explosive Device, IED, rather is for civil works- mining, quarrying and oil and gas exploration

However, he called on government to make sure roads across the country are reconstructed, rehabilitated and properly maintained, and if not safety and security of Nigerians cannot be guaranteed.

Meanwhile, speaking on the impact of insecurity on the mining sector, the Director, Mines Inspectorate, Ministry of Mining and Steel Development, Engr Frank Odom, said there was need to track and monitor movement from point of manufacture to usage or storage as the case maybe, and stressed the need for companies in the mining sector to copy what Coca-cola Bottling Company, Dangote Company, and others are doing to track their trucks.

“These trucks carrying mining explosives are not monitored while moving on the roads. It is important putting additional measures to know probably on your phone or tablets you can see when a material leaves from the point it was sold or conveyed from or loaded from or even the sea port and to look at it as making progress to where it will be delivered for usage or storage.

This will prevent diversion, you can raise alarm over delay on the road by calling nearest security agency, you will know what it is happening to the truck every minute.

He made it known that there will designated companies specifically for explosives movement of explosives, that would be registered and licensed for that purpose, but not there yet because mechanisms are being put together, and he added that the tracking would be done by the Ministry.

“However, when those companies come on stream they would be compelled to do the same because there is no too much monitoring because it is for the same purpose in order for us not to be lost in anything or caught unawares. So that is the main purpose,” he continued.

He expressed optimism that the workshop organised by NIGACHEM will boost and improve productivity of miners as far as safe mining and profitability are concerned, which is also the key in capacity building.

“Despite two decades of practical experience on the field I still gained a lot from the resource people, who have four decades of experience, especially on the issues we are talking about I’m terms of optimisation

“What I am taking back home is to make sure my employer, Dangote Cement Plc, Obajana Plant have more profit and the turnover of the business, improve on the cost analysis and making more because if the company doesn’t make profit we also will be out of job.

“I need to improve more on safe-mining because we basically focus on blasting because blasting is the most technical aspect of mining. I need to avoid misfire which at the end we will record success; no fatality and also maximize cost”, he said.

According to him, the company has strong policy on tracking movement, use, storage and management, which no explosives have left the company since exception due to the high technology and discipline put in place to curb ay breaches, but more will be done to improve on what the company has security of explosives and movement.
[7/22, 1:57 PM] Palma Jennifer: “I will prioritize education, engage youths in nation building”- Adebayo

Presidential Candidate of the Social Democratic Party, SDP, Prince Adewole Adebayo has promised to prioritize education and engage youths in leadership roles if elected as President of the country next year.

Adebayo stated this when he played host to the leadership of National Association of Nigerian Students, NANS in Abuja.

While promising to represent the interest of the masses and youths through a policy that sustains and guarantees a smooth educational system, Prince Adebayo charged the student body to rise to the defense of the nation’s educational sector.

The leader of the delegation and national secretary of the National Association of Nigerian Students, NANS, Mr. Salahudeen Lukman said the visit was to interface with Presidential flag bearers of political parties on their agenda for the educational sector.

Lukman advocated more fundings for the sector to save it from incessant strikes and urged the federal government to find a lasting solution to the current industrial action embarked upon by he Academic Staff Union of Universities, ASUU.

How we committed Buhari to increase Judges’ salary – Olanipekun