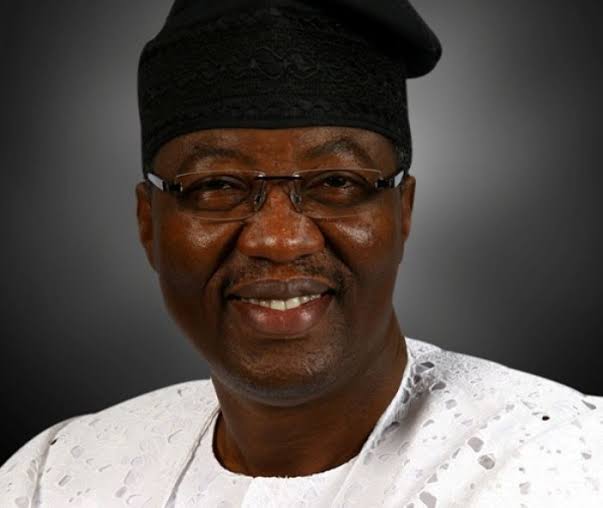 Former Governor Gbenga Daniel of Ogun state was born in Ibadan, Oyo State on April 6, 1956 into the family of the Most Reverend Adebola Daniel of Makun, Sagamu and late Madam Olaitan Daniel of Omu-Ijebu. Otunba Daniel’s leadership traits manifested early while he was at the Baptist Boys High School, Abeokuta, which he attended from 1969 – 1973. He represented the school in debates and quiz competitions – a factor which made him exceptionally popular among his contemporaries and stimulated his inclination towards intellectual pursuits.

After high school, he proceeded first to the School of Basic Studies at The Polytechnic Ibadan for his A levels and thereafter to the Faculty of Engineering at the University of Lagos, where he won several laurels and become acquainted with the legendary Professor Ayodele Awojobi.

It was also whilst still an undergraduate that he was initiated into the Committee of Friends of the late Chief Obafemi Awolowo, indeed, as the youngest member of that select Committee that later metamorphosed into the Unity Party of Nigeria (UPN). During his National Service year at the School of Engineering of the Lagos State Polytechnic, he supervised the construction of the Engineering complex.

He was to proceed to earn a Master’s in Business Administration (MBA) from the University of Lagos and subsequently attended Lagos Business School for an executive programme.

Otunba Justus Olugbenga Daniel joined the then multinational company, H.F.SCHROEDER West Africa Limited, in 1983 as a young Engineer, moving from the lecture theatre of Lagos State Polytechnic, where he taught in the school of Engineering. He secured many lift contracts for his employers.

Otunba Justus Olugbenga Daniel established Kresta Laurel in 1990, believing in the ability of Nigerian engineers to hold their own in the horizontal and vertical moving engineering industry in the country.

Daniel was elected governor of Ogun State in April 2003, running on the PDP platform beating the incumbent with 217, 353 votes. He was re-elected in April 2007. During his tenure he promoted entrepreneurship amongst young people through voracious youth development programmes. The Nigerian Youth Council of the state was massively empowered to help youths all over the state and many young people were appointed into notable political positions.

Some of his other achievements while in office include building roads, recreational centres and stadiums in the three senatorial districts of the state, and setting up a University of Education