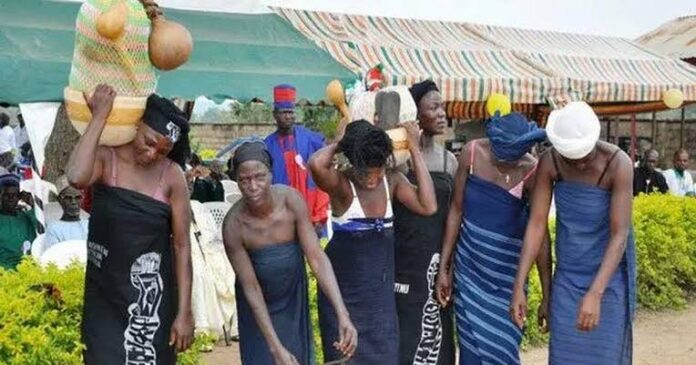 Visitors to Nigeria’s capital will enjoy the beauty of the high rise buildings and the serenity of the well paved streets, but the construction of a modern nation’s capital is not without a cost. For the original inhabitants of the FCT, their culture, history and ancestry are the price.

Forty two years after their land was designated the nation’s capital, the original inhabitants of Abuja are still suffering culture shock occasioned by the development of FCT.

Not many Abuja residents are aware that there are 9 indigenous tribes in the FCT. They are Amwamwa, Bassa, Egbura, Gade, Ganagana, Gbagyi, Gbari, Gwandara and Koro.

Many of the Original Inhabitants have been displaced from their ancestral homes, and from spiritual symbols such as Zuma Rock.

Today, they still brood over seeing their ancestral land being referred to as no man’s land while battling with issues about adjusting to the new environment given by the government.

Almost everything that represents the history of the Original Inhabitants, their cultural sites, ancestral sites and even grave sites have been taken over by the construction of a modern city.

“In the next 50 years, if this is not controlled, you will have Original Inhabitants of Abuja who don’t even know anything about their culture” says Faith Nwadishi, the Executive Director of Centre for Transparency Advocacy (CTA).

The CTA is implementing a project with support from MacArthur Foundation through CHRICED to promote the cultural values and rights of Original Inhabitants (OIs) in FCT through drama and art forms.

Nwadishi fears that “Once a people lose their culture, they lose themselves. We cannot begin to overemphasize the impact of Culture to the lives of the people and to say that Abuja is a “no man’s land” as some people would say, is practically throwing away the culture and heritage of the Original Inhabitants of Abuja. Abuja belongs to a people.”

While many have emphasised the economic and political deprivations the original inhabitants suffer, stakeholders however say the most grievous of these deprivations is the near loss of identity of the Original Inhabitants whose ways of life has largely eroded by the influence of other cultures due to the status of Abuja as the Federal Capital Territory.

A base study conducted by the CTA showed that many residents of Nigeria’s federal capital city Abuja, rarely know anything about the culture of their host. Many have also erroneously concluded that Abuja is a no-man’s land.

Nwadishi said, “We carried out a baseline survey and from respondents’ feedback; it shows that some of the important cultural and religious sites of the Original Inhabitants have been destroyed by mining and infrastructural development activities.”

While it is a fact that cultural sites that have been destroyed cannot be recovered, the CTA is leading an advocacy for reconstruction and a stop to further destruction of the remaining sacred sites of the Original Inhabitants by a systematic orientation of the people, residents and government on the significance of preserving the cultural heritage of the Original Inhabitants of the FCT.

For instance, the original inhabitants of Garki say the historical Pyeri-Pe Hills popularly known as Apo Hills have a strong background to the rich history of the Original Inhabitants and has been a resting place for past 16 chiefs of the Garki Chiefdom.

Today, a Radio station has been situated on the Hills.

Mr Lazarus Nuhu Nyaholo, the secretary of the Garki traditional council, said the Original Inhabitants have on several occasion protested the naming of the Hill as Apo Hill, explaining that the name is Pyeri-Pe Hill, which means “That Hill” in the local Gbagyi Language.

He said, “This particular Hill, till date, is where we have the community worshipping centre. It is still being worshipped by our Elders. Because in the history of Garki, we have had 17 Kings, the current King is the 18th King. And out of the 17 Kings, 16 are buried on top of the Hills.”

He said the people can no longer practice their traditional occupation of farming or hunting.

He said, “What we are saying is that, The Gbagyi people of the FCT, their culture and traditions should be respected. Now this Hill has been desecrated. Because a lot of things are being done here without our knowledge. Whether we like it or not, we know the power of traditions.”

The people who are the Original Inhabitants of the city have been excluded from that unity. Because when people discuss, they talk about Hausas, Igbo and Yoruba. The Gbagyi people are excluded from the conversation.

Nwadishi said the CTA will be pushing its advocacy through well thought out activities that will “enable existing Original Inhabitants efforts to revamp dying cultural values, treasures and repositories.”

She said, “It will interest you to note that the symbol at the Abuja City Gate in no way depicts the culture or relics of the Gbagyi People either in artwork, traditional colours or by any means related to the philosophy and culture of the Gbagyi people.”

The CTA has already secured commitments of collaboration with the National Council for Arts and Culture (NCAC), National Institute for Cultural Orientation (NICO), NEITI, Ministry of Enviroment, among others to improved awareness and voice of FCT original inhabitants about their rights, responsibilities, and options through a community Theatre group

NCAC Director General, Otunba Runsewe while backing the move to include a significant Original Inhabitants cultural identity and symbol at the Abuja City Gate, said such has been done in other places like Lagos with the Eyo masquerade symbol.

Runsewe said, “I have also thought of it (erecting a symbol at the Abuja City Gate). You need to appreciate your neighbour, irrespective of tribe or religion. I thought of it that there should be something about the Gbagyi people (Original Inhabitants) at the city gate. It is very important because we are Nigerians. But before we are Nigerians, we are from somewhere. For me, I sincerely agree with the stuff (erecting of a symbol) at the City Gate and it should be a befitting one, which should speak for the people. For us here, we have no objection.”

Mr Ado M. Yahuza, NICO executive Secretary, also agreed that the culture of the Original Inhabitants of Abuja is at risk of extinction if something urgent isn’t done.

The NICO boss has agreed to collaborate with the CTA for an annual cultural summit to brainstorm and exchange views on topical cultural issues concerning the Original Inhabitants of the FCT.

“Their own case is even more pathetic. The Original Inhabitants are already being sandwiched. The best cultures they know are probably the Hausas and maybe the Gbagyi. But there are other languages.”

He said, “Theoretically, Abuja is for everybody, but culturally you know very well, historically the indigenous people have their culture and ancestry. It was not a virgin land.”

He said further, “The problem the FCT people are having, I think it has to do with the establishment of the Federal Capital here in Abuja. Remember, in Wuse here, there used to be villages here, it wasn’t a vacant land. There were people around and they had to be relocated to Sabon Wuse, which is on your way to Kaduna. And some of them couldn’t move with their buried ancestors.

“In the process, we lost a lot of cultural artifacts, in fact ancestral lands. Also miners have encroached on their cultural heritage.