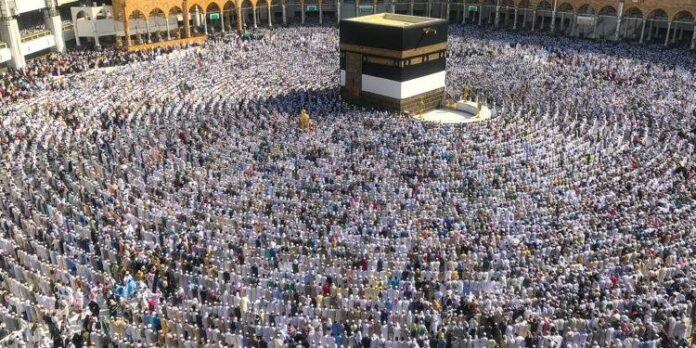 Federal Capital Territory, FCT, Muslim Pilgrims Welfare Board has completed the 2022 hajj exercise with the return of its last set of worshippers from Saudi Arabia.

This was made known to Journalists in a press release by the board’s public relations officer, PRO, Muhammad Lawal Aliyu, weekend in Abuja.

Danmallam stated that with the return flights recorded so far from Saudi Arabia, the Board has returned all the FCT contingent that participated in the religious exercise this year.

The Director gave praises to Allah for the success recorded as the Board didn’t register any casualty and also no serious health challenges from our pilgrims was recorded while in Saudi Arabia.

He explained that all the contingent have exhibited maturity and good conduct throughout the exercise.

He was excited with their satisfactory behavior as good ambassadors of the Territory and the country at large, noting that none of the FCT pilgrims eloped during the exercise.

He also disclosed that the airlift of the pilgrims of the FCT to Saudi Arabia commenced on 10th June and the entire contingent was conveyed to Saudi Arabia in 5 flights which ended on 3rd July with a total of 1,918 Pilgrims.

Again, according to the Director all the pilgrims visited Madina before the performance of the hajj proper.

The return journey, according to the Director, commenced on 15th and rounded up on the 30th July, 2022. He was also delighted with the performance of officials who participated in the offshore operation.