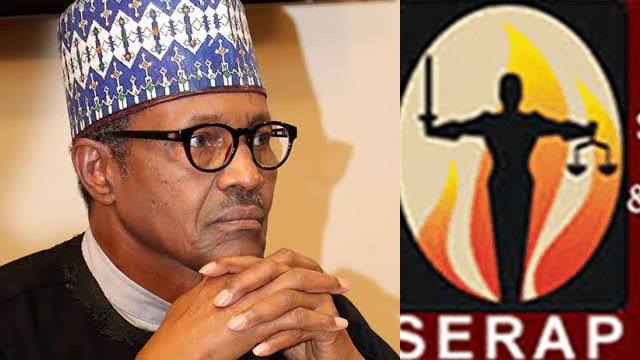 Socio-Economic Rights and Accountability Project, SERAP, on Sunday urged President Muhammadu Buhari to urgently withdraw the names of nominees recently submitted to the Senate for confirmation as Resident Electoral Commissioners, RECs, of the Independent National Electoral Commission, INEC. who are allegedly members of the All Progressives Congress (APC).”

In a letter dated 3 September, 2022 and signed by SERAP Deputy Director, Kolawole Oluwadare, the organization said, “the combined effect of the Nigerian Constitution 1999 [as amended], the Electoral Act and international standards is the requirement that elections must be organized by a truly independent and impartial electoral body.”

SERAP said, “Withdrawing the names of those nominees who are allegedly members of the APC, and replacing them with people of unquestionable integrity and competence, and who are not members of any political party would improve the independence of INEC and promote public confidence in the appointment process.”

The letter was copied to Dr Ahmad Lawan, Senate President, and Mr Femi Gbajabiamila, Speaker of the House of Representatives.

According to SERAP, “Your government has a legal responsibility to promote and guarantee the integrity, credibility, and independence of INEC, and to ensure that the electoral body is free from political and other interference.”

“Promoting the independence of INEC, including by appointing people of unquestionable integrity and competence, and who are not members of any political party as RECs would be entirely consistent with your constitutional oath of office, and your oft-stated promise to ensure free and fair elections in 2023.”

“INEC ought to be independent and impartial in the exercise of its constitutional and statutory responsibilities.”

“This means that anyone nominated for appointment as RECs should be persons of integrity and high standing, and should be independent and impartial, so that INEC can enjoy the public trust and confidence necessary for it to effectively and satisfactorily carry out its constitutional and statutory responsibilities.”

“The mere fact that INEC has ‘independent’ in its name does not in itself make it independent. What makes an institution truly independent are its attributes and characteristics, and the credibility and transparency of the appointment process.”