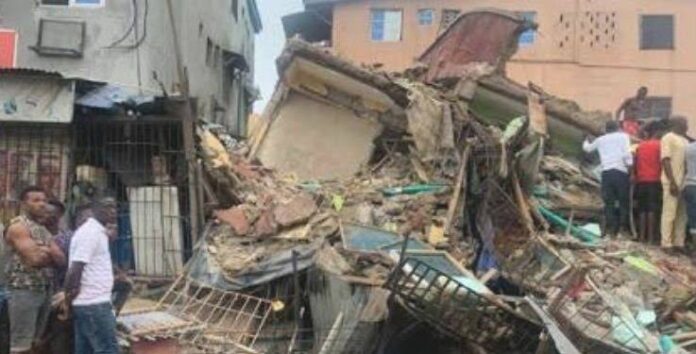 Our correspondent gathered that building which collapsed at about 11pm on Sunday night, is housing several shops and apartments located beside the Bukuru Mini Stadium

Also on ground at the scene, were officials of the Standard organisation of Nigeria Who were on a Fact finding Mission

At the time of sending this report, some officials of the Fire Service, Red cross and Police were at the scene of the incident.

Owners of the Plaza expressed gratitude to God that there were no casualty but blamed the collapse of the building on heavy downpour experienced recently in Jos.

A citizen of the community who gave his name as Dung Edward said we thank God ,the incident happened at night when everyone was home ,that explains why their was no casualty .