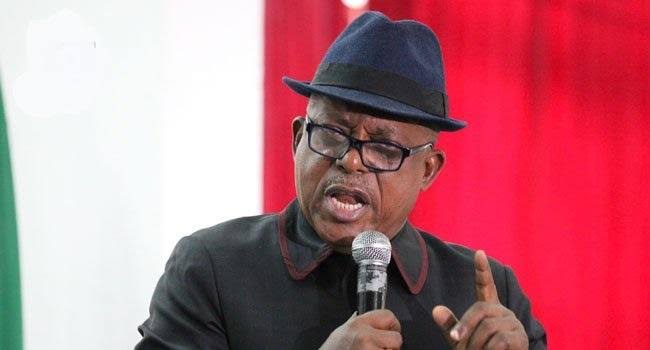 Immediate past National Chairman of the Peoples Democratic Party, PDP,
Prince Uche Secondus on Wednesday distance himself from a case
instituted again the party in an Abuja High Court.

Prince Secondus said through his media aide, Ike Abonyi that said he
was never privy to the case seeking the dissolution of Iyorchia
Ayu-led National Working Committee, NWC of the party presently lying
in Abuja High Court.

According to him, “the case said to have been filed by Mr Chuma
Chinye, a former staff in the office of the former National Chairman
is praying the court to sack the Ayu led NWC. The case is also saying
that the Former National Chairman, Prince Secondus was illegally and
forcefully removed from office.

“But Prince Secondus who was never privy to the case said he was
distancing himself from it as it runs against his principles of
exhausting internal party machinery on any case before going to court.

“He noted that he has always been a strong advocate of settling cases
in-house saying that the only circumstance that will make him be in
court against PDP is if he is defending self.

“Prince Secondus then told members of the public and the party
faithfuls trying to associate him with the case to be properly guided
and note his position.”