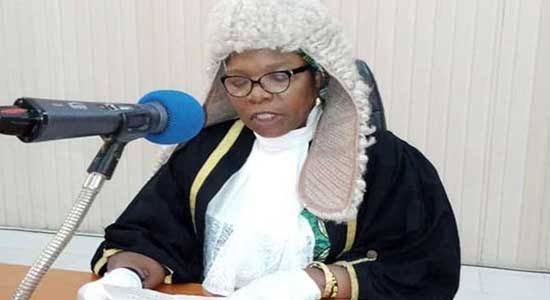 Addressing news men in Abuja, Hon Aribisogan, elected Speaker last week, alleged that some prominent personalities the state dissatisfied with his emergence as the Speaker, were plotting to eliminate him and other lawmakers that voted for him.

Aribisogan specifically pointed accusing fingers at a former Governor of the State Dr. Kayode Fayemi of being the brain behind the plot and also sponsoring some lawmakers to impeach him.

According to him, “the Former Governor was against my emergence, despite my being loyal to him as the majority leader of the House when he was Governor”

While calling on the Inspector General of Police, Usman Alkali Baba to Intervene and save democracy in Ekiti state, the Speaker further alleged that they were looking for the 15 members that voted for him, to be chased out of the communities and Ekiti State.

The Speaker then implored Elders in the State to intervene in the looming crises to allow the will of members and the people in choosing him as Speaker to prevail.