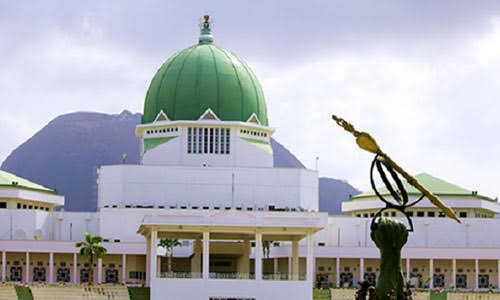 Hon Akinfolarin Mayowa Samuel, Chairman of the Committee on FRSC disclosed this while on a fact-finding visit to the Dangote Coal Mines Limited at Ankpa, Kogi State.

Samuel said his committee was satisfied with the performance and the relationship between the Dangote Coal Mines and its host communities saying the committee had endorsed its Social investment strides in Kogi State.

He said that the two committees embarked on the fact-finding mission to the Dangote Coal Mines Ltd to authenticate the outcome of an Interactive Session held earlier at the National Assembly in October.

Samuel said that the committee on FRSC had at the Interactive Session given the company a clean bill of health, saying that its various innovations and collaboration with the Corps had helped to bring down the rate of auto crashes in the country.

“We are satisfied with the performance of the Dangote Coal Mines Limited in terms of its relationship with communities and its efforts in ensuring road safety”, he said.

Samuel said the fact-finding visit was sequel to a motion moved by Hon. Abdullahi Ibrahim Halims, representing the Ankpa/Omala/Olamaboro Federal Constituency at the National Assembly.

Mr Charles Theophilus, representative of the Transport section of Dangote Cement Plc had told the lawmakers during the interactive session in Abuja that FRSC officials were involved in the training of Dangote Drivers.

Representative of the host communities, the Onu Ojoku, His Royal Highness, Alhaji Muhammad Ogbe, said the Dangote Coal Mines Ltd had “performed beyond expectations in line with the mutually consented Community Development Agreement.”

Also speaking, a lawmaker, Hon. Amobi Yinusa Akintola representing Ayedire/Iwo/Olaoluwa Federal Constituency of Osun State said it was also important for the fact-finding committee to include other mining companies in its investigation.

Mr Nohu Elujah, General Manager, Special Duties and Community Relations, said the company was using the CDA as a compass for the implementation of its numerous projects.