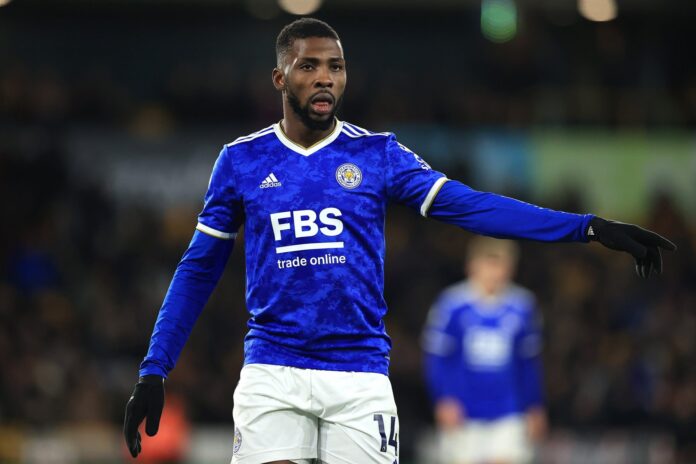 Iheanacho, who was making his 5th appearance in the colours of the Foxes, has scored one goal and had one assist.

The Nigerian international might have given Leicester City the lead in the 38th moment however his low drive shot neglected to beat PSV goalkeeper, Yvon Mvogo.

However, he was substituted in the 67th minute after a decent performance for Ademola Lookman.

Lookman’s introduction sparked new life to the attack but the PSV defence was solid at the back.

Meanwhile, Ferran Torres scored the equaliser as Barcelona drew 1-1 against a spirited Eintracht Frankfurt side in the first leg of the Europa League quarter-finals.

Frankfurt, backed by a fervent crowd, wasn’t daunted by taking on Barcelona and the German side took the lead just after halftime as Ansgar Knauff scored with a superbly struck effort from the edge of the penalty area.

Barcelona had struggled to create many openings but they improved significantly following the introductions of substitutes Ousmane Dembele and Frenkie De Jong.

Both Dembele and De Jong were involved in an intricate move as Barcelona equalised in the 65th minute, with Torres applying the finishing touch.