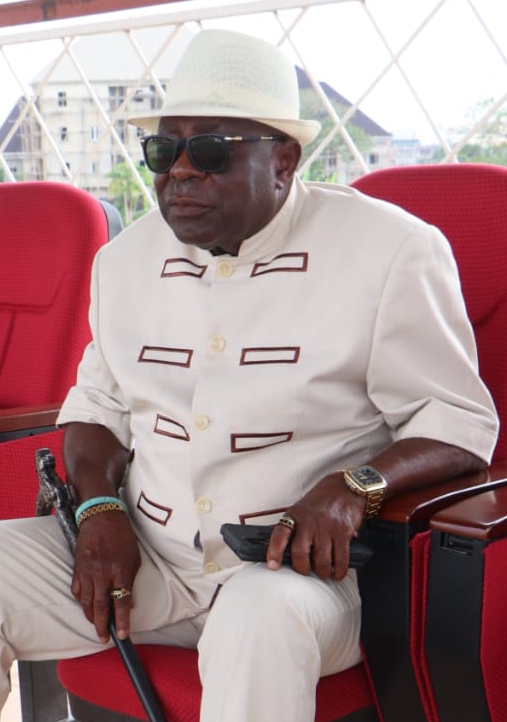 Babatunde Ogunja, an ex-Green Eagles player and Chairman of Sunshine Stars FC of Akure, has decried the declining quality of football in Nigeria.

Ogunja who spoke to the News Agency of Nigeria (NAN) in Awka on Monday, said the goalless draw between Sunshine Stars and their hosts, Rangers in their Week 23 tie, was due to lack of enterprise on the part of players of both teams.

He said they had come for a win against Rangers but that the draw was a consolation for a team that also shared points with them in the first leg.

“Football is a game of goals, scoring goals and winning is the beauty of football but unfortunately, players these days are not goal hungry.

“It was a good match but not too good because both teams played without focus, they played as if they did not want to win, no anxious moments, the two teams failed to convert goal-scoring chances.

“Rangers were actually lucky to run away with the draw, the good thing is that we shared points at home and away,” he said.

Ogunja, who played for Water Cooperation, Ibadan, and Ewokoro Works FC which later became Abiola Babes, said it was sad that contemporary players lacked the capacity to shoot with precision.

He recalled that in his days, there was more team spirit and zeal to win among players.

According to the technocrat, “it is unfortunate that these days, players now score goals by accident and not precision. In our days, we had sharp shooters like Aloysius Atuegbu, Moses Otolorin, myself and some others.

“We could shoot from anywhere but now they want to walk into the next.

“We need positive football, why will a player who is in the 18 yard box run back to the midfield with the ball instead of accelerating to the goal area, normally defenders do not like to run.

“The penalty box is the most comfortable for players, that is where they should relax and work to score because any touch is penalised,” he said.

He said the Nigeria Professional Football League is well organised but the quality of matches is declining, adding that “we do not have players that can change games”.

He said a major challenge was the mentality of players that they had to go abroad for them to excel in their career.

“Players think going abroad is all that matters, in our time, the national teams used to be full of domestic players, only Tunji Banjo and John Chidozie came from their clubs in England to join us.