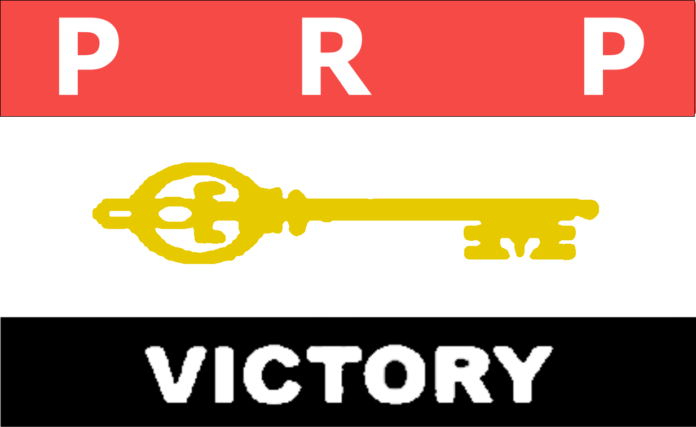 National Chairman of the PRP, Mr Falalu Bello in a statement in Abuja on Monday, said the purported fees were N500, 000 and N200, 000 for presidential and governorship positions.

He said: “The attention of the PRP has been drawn to a fraudulent circular designed and circulated by some duplicitous elements that intend to scam unsuspecting members of the public.

“For the records, this crooked circular did not emanate from the PRP. It is a handiwork of mischief makers who are bent on creating confusion so as to defraud unsuspecting members of the public.

“The party therefore cautions the public on the said publication.”

Bello explained that in compliance with the notice of the 2023 general elections released by the Independent National Electoral Commission (INEC), the PRP on April 16, published guidelines for sale and cost of its forms.

“It was further clarified in the guidelines as released by the party that in addition to the cost of nomination forms, each aspirant will be required to pay five per cent of the nomination form fee, for expression of interest form.

“All aspirants living with disabilities shall be offered nomination and expression of interest forms of the party free of charge.

“All female aspirants will be charged only 50 per cent of the stipulated costs for nomination and expression of interest forms.”