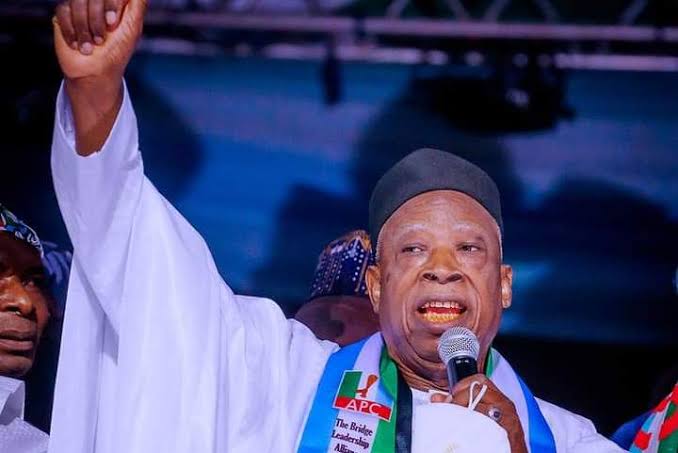 The Forum of APC Organizing Secretaries (popularly referred to as APC-FORS) which comprises of all the Zonal, State, Local Government and Ward Organizing Secretaries of the All Progressives Congress, eulogizes the National Working Committee of our great party ably led by His Excellency, Senator Abdullahi Adamu, for revitalizing, overhauling and rejuvenating the party in the best interest of all members.

The Forum said: “The sleepless nights, hardwork and selfless service of the current leadership of the party is yielding result and has rekindled hope, faith and commitment in the party membership, hence the interest of all Nigerians in the affairs of the party.”

The Chairman of the Forum, Dr. Blessing Agbomhere, in a statement issued in Abuja, said “the level of interest in the party, where we have several presidential aspirants contesting freely, women and special persons getting nomination forms for free, and youths being encouraged to run, is not a manifestation of miracle, but the deliberate and concerted efforts of the new leadership of the party to develop the politics of our Nation.

According to the South-South Zonal Organizing Secretary, “the creation of the Forum was necessitated by the rising need to build formidable structures across the various levels of our party in the country by engaging the Nigerian voters with the achievements of the All Progressives Congress/Muhammadu Buhari-led administration.

Dr. Agbomhere said the “Forum is driven by the collective willpower to ensure that the Party never loses any election at the National, Zonal, State, Local Government Area and Ward levels.”

Agbomhere emphasised “that the offices of the Organizing Secretaries of APC at various levels, like a river which receives rain from the sky, draw their strength from the Office of the National Organizing Secretary headed by His Excellency, Suleiman Muhammad Argungu.”

He explained that “the Office of the National Organizing Secretary is enabled by Article 14 sub 14(i) of the All Progressives Congress Constitution (2014 As Amended) to initiate programmes for the mobilisation of party members, devise appropriate strategies for elections and coordinate all field activities for the Party,” and in addendum, he reiterated that “Article 15B of the APC Constitution further infers that the Zonal, State, Local Government Area and Ward Organizing Secretaries shall have the same functions as the National Organizing Secretary at their respective levels.”

Agbomhere said: “Committing to the spirit of the APC Constitution, it becomes imperative that all the Organizing Secretaries work as a league under the guardianship and mentorship of the National Organizing Secretary for cross-pollination of strategies, swift implementation of programmes and efficient assessment of party field activities from ‘TOP-TO-BOTTOM,’ to make the APC a darling of all Nigerians.

He also canvasses that “In line with the primary duties of the Organizing Secretary of the Party, the Forum has ipso facto, posited the following objectives to with;

(i) to unite all Organizing Secretaries of the Party with a view to enhance the sharing and harmonization of ideas, programmes and strategies between them for the growth and development of our Party, (ii) to coordinate party activities in the Zones, States, Local Government Areas and Wards to make the bubbling and attractive to members, supporters and voters, (iii) to mobilize party members, supporters and voters for all Elections, (iv) to develop strategies and deploy innovations for members and voters’ engagement, (v) to coordinate all field activities for the party in the Zones, States, Local Government Areas and Wards in order to make the Party a darling of all Nigerians, (vi) to show to the ordinary voters the achievements of the All Progressives Congress/Muhammadu Buhari-led Government, (vii) and to strategically promote our Party to secure victory in all Elections.

Agbomhere further said “the Forum is developing innovative ideas and creative strategic engagements to promote APC’s Achievements in the Zonal level to the Ward level to strengthen the party in all the Zones, and reposition it for victory in 2023.