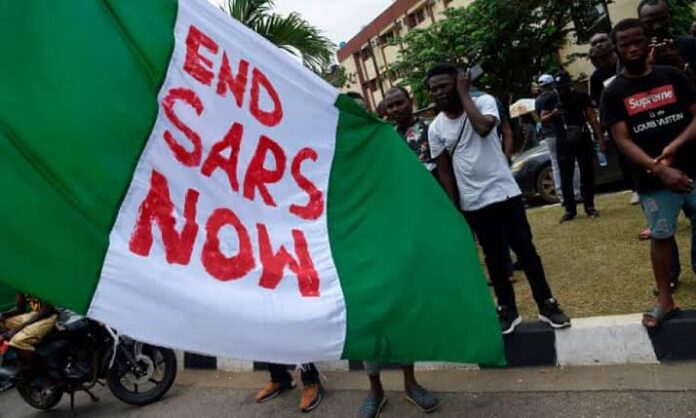 Osun State Government, on Thursday presented cheques of N53.3 million as compensation to victims of police brutality during the EndSars in the State.

The State Governor, Adegboyega Oyetola, affirmed that the motive was a deliberate quest to redress the wrongs of yesterday and set the State on the path of true healing.

He said the gesture was a further testament to the commitment of the State Government to peace, fairness, unity, justice, equality, and indeed, the rule of law.

Governor Oyetola, in compliance with the directive of the Federal Government, constituted the Judicial Panel of Inquiry against Police Brutality, Human Rights Violations and Related Extra Judicial Killings.

The Panel, which was headed by the retired Judge of the High Court, Hon. Justice Akinwale Oladimeji, was charged to look critically and painstakingly into cases of assault, illegal arrest, killings, brutality and other forms of rights abuse by the officers and men of the disbanded Special Anti-Robbery Squad (SARS) of the Nigerian Police.

Oyetola further said the presentation of the cheques to the victims was a fulfillment of the financial component of the recommendations of the Panel and that the state had also, in adherence to directive to States, submitted the report of the Panel to the Federal Government.

The Panel had in its report recommended the sum of N53.3 million as compensation.

Presenting the cheques to the victims as recommended by the Panel and approved by the State government, Governor Oyetola reiterated the Administration’s commitment to continuously maintain peace, guarantee the security of lives and property of the citizens and advance the course of the security agencies through the provision of state-of-the-art security architecture.

Oyetola who appealed to the citizens to continue to be law abiding and always demonstrate the virtues of Omoluabi ethos that the State is known for, said the State would spare no effort to create an ambience of peace and tranquility for the citizens across the nooks and crannies of the State.

“Today’s occasion should therefore be regarded as a deliberate quest to redress the wrongs of yesterday and set our society on the path of true healing.