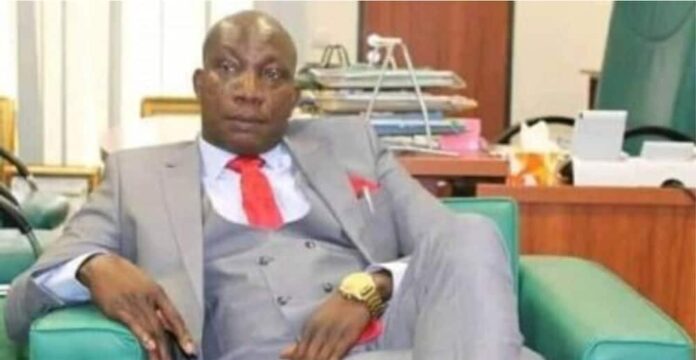 Member representing Idah/Ibaji/Igalamela/Ofu Federal Constituency of Kogi State, Hon. David Idris Zacharias has denied the claims by the son of the late Prince Abubakar Audu that he threatened him with assassination.

Describing the claim as mischief taken too far, which was published in some news outlets, the lawmaker noted that the late Audu’s son, Prince Mustapha Enemona Audu was working in cahoots with some individuals to do a hatchet job in order to distract him from the ongoing All Progressives Congress, APC primary election processes.

Reacting in a statement on Wednesday which he signed and made available to journalists, the lawmaker noted that Audu was aware of his rising political profile since his assumption of office at the lower legislative chamber in 2019, hence, he resorted to blackmail and falsehood peddling to pull him down at all cost because of his own 2023 political interest.

Zacharias said the field of politics is open, stressing that everyone is at liberty to test his popularity, adding that the smear campaign and propaganda which his rival has chosen should be the alternative to getting to the top but capacity to effectively compete with others.

“One of the greatest weapons of losers in every contest is their damage tactics with which they use to distract their competitors.

“Worst still, is the fact that people who lack capacity to effectively compete with their counterparts especially in political contests where they use blackmail, fake news, disinformation, propaganda and other tools to press home their ponts.

“Unfortunately, this does not work with every person, especially those that had the singular opportunity to be politically tutored, natured, cooked, beaked and mentored by one of Nigeria’s greatest and experienced political tactician of blessed memory, Prince Abubakar Audu, under whose tutelage Hon. David Zacharias acquired practical political and leadership orientation for several years of political apprenticeship,” the statement read.

The lawmaker stressed that he would have ordinarily ignored the publication, but for unsuspecting public who didn’t know how Audu has taken to an ungodly way of pursuing his political career, it became pertinent for him to outrightly deny all that he has claimed.

“Prince Mustapha Audu, deliberately aimed at smearing the hard earned reputation of Hon. David Zacharias and to distract him from the last minute permutations ahead of his primary elections.

“But to even think that Mustapha Audu, considering the level of dignified training his father must have offered him, will go so petty simply because he wants to occupy a political position tells how far people can throw away morality for political gains.

“The response that is being provided here is to guide men and women of goodwill, supporters and party members of good conciseness to be wary of the deflection tactics deployed by Prince Mustapha Audu and his associates who are already grappling with the realities of the failure that awaits them at the primaries.

“Before setting the records straight, let it be on record that, all the contents of the letter being circulated with the accompanying news item is a pure and applied lie from the pit of hell,” the lawmaker further stated.